No. 9 CSU not overlooking any of its final three opponents 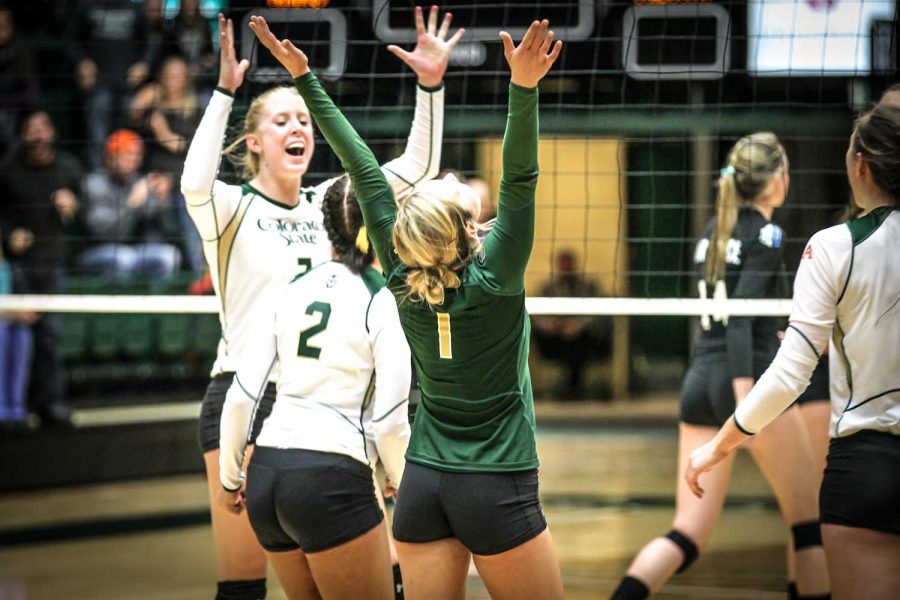 A week from today, the 2014 volleyball regular season will be over. Based on the way the season has gone thus far, it is easy to predict No. 9 Colorado State is on its way to clinch a sixth-consecutive Mountain West title, an honor that has never been accomplished. Standing in the Rams’ way are matches with San Jose State, Nevada and Wyoming.

While a week seems like a long time, especially since most students are focused on Thanksgiving break starting Saturday, this next week broken down is seven days, or 168 hours, or 10,080 minutes, or 604,800 seconds, which includes three matches, a minimum of  four practices, a road match, as well as multiple hours in the gym lifting weights.

“You know as you approach a MW title and you know it is within your grasp, clinching it, those kind of things … that to me is the best part of the season,” head coach Tom Hilbert said.

Headed into most exciting point in the season, the Rams have a two-match lead in the MW with an opportunity to clinch at least a share of the title with a win Wednesday over San Jose State. CSU will travel to Reno for its last road game of the season, only to return to Moby Arena for the final game of the season and senior night vs. Border War rival Wyoming. The Rams are 12-1 at Moby, ranked third in the nation with a .929 winning percentage.

“We are looking at the RPI more than anything else,” Hilbert said. “The national rankings is for media but the RPI we stayed at 12, that’s really good. Now this week we play two teams with losing records, how far we drop is going to be critical. We need to stay in the top-16.”

It will be a quick turn around for CSU after next week’s match, the following day is Thanksgiving which means the NCAA Tournament announcement will be Sunday, Nov. 30 at 6 p.m. The ESPNU selection show will reveal if the Rams will be a host site for the first round, which is a strong chance as long as CSU does not drop out of the top 16 in RPI.

CSU will take the court Wednesday without the services of middle blocker Kelsey Snider, Hilbert said after Tuesday’s practice. Jayliah Bolden will be filling the hole in the line-up as well as Alexandra Poletto, who will get her first career start after dominating the court Saturday.

Snider is not expected to be back until the Rams’ road match with Nevada, though it is possible that she will not dress for that game either and will wait until the team returns home to take on Wyoming Wednesday, Nov.25. Snider is out with a concussion and will be taking as much time as she needs in order to be healthy for the start of the NCAA Tournament.

“To be honest the last third of the season, which is when we play the against the conference teams again, that is when I get the most nervous,” Hilbert said. “Playing San Jose State and Nevada is good because we have not played them before, that ejects energy, playing in the NCAA Tournament ejects energy, those things I don’t get as worked up for as playing Wyoming again after we beat them once, that is hard to do.”

Poletto gives No. 9 CSU spark it needs in win over New Mexico