No. 10 CSU volleyball bounces back to sweep Fresno State 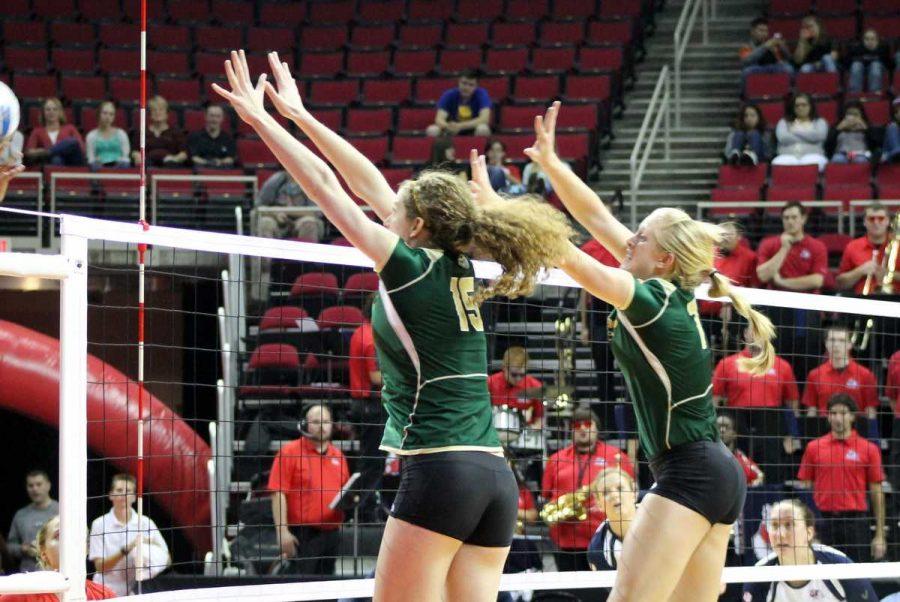 At the end of the day a win is a win.

For No.10 Colorado State volleyball, Thursday’s match was supposed to be the stepping stone back into a new winning streak as well as the climb towards its sixth-consecutive Mountain West Title. While the Rams swept Fresno State for their second time this year, CSU didn’t play at level it did earlier in the season.

“It’s funny because we were not great defensively and that’s the thing we do. I am not sure if it is going to be about getting back to practice on Monday because being strong defensivly is something that we do,” head coach Tom Hilbert said.

Even though the Rams had 36 digs on the night and 13 blocks, Fresno State kept the first set a little too close for comfort. The Bulldogs lead early 9-6 with 10 ties and 3 lead changes. With a late 4-0 run by CSU, the Rams took set one pushing forward with the momentum behind them.

After last week’s upset at UNLV, Hilbert said his team did not come out with its consistent physical presence on the court. That presence was not felt until set two when CSU got into a groove to limit Fresno State.

“We did not come out with that physicality, but we did get it midway through the match,” Hilbert said.

The Rams went on an 11-3 run against the Bulldogs in the second set, giving CSU a 2-0 lead heading into the break. In set two the Rams were successful with several back-to-back blocks, a turning point in the match.

CSU knew competing against Fresno for the second time would be a tougher battle, the Bulldogs would come with more tricks and would attempt to disrupt the Rams.

“They went a little faster which was interesting to see, they did some different things on serve receive and with Zana Bowens,”Hilbert said. “She had a great match against us.”

Bowens tallied 12 kills on the night on 29 attempts, hitting .345 on just two errors. Bowens was the only Bulldogs to really take off against the Rams as the team overall was limited to .082, suffering from 25 errors, 12 unforced.

The star of the game was yet again Adrianna Culbert. Hitting .706, Culbert racked up 12 kills on 17 attempts with one service ace and seven digs. CSU quickly closed out the match in set three hitting .319 overall on 44 kills.

“I think its an area you can attack this team at effectively from that side of the court and she was just good,” Hilbert said. “She put pressure on Mackinmar which is what we need to do.”