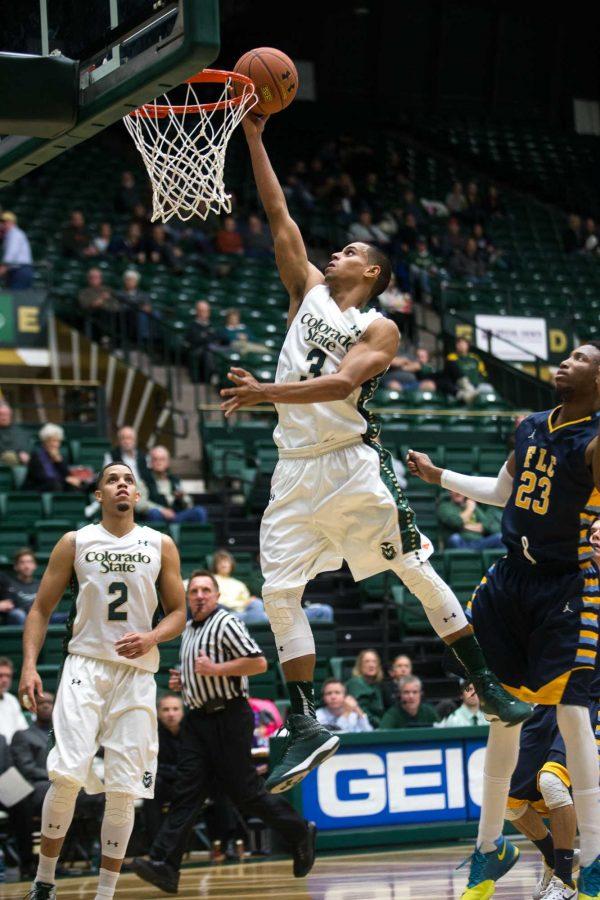 It didn’t take long for the Colorado State men’s basketball team to shake off the rust.

Led by 15 points and six rebounds from junior college transfer Gian Clavell and a double-double of 14 points and 11 rebounds from senior forward Stanton Kidd, the Rams led from start to finish in an 85-54 rout of Division II Fort Lewis College Monday night in front of 2,785 fans at Moby Arena.

“It was a relief, you know?” Clavell said of playing his first game at CSU. “I was anxious. I was happy. I was nervous. So I had all kinds of emotions, but it feels good that I have it over with now.”

CSU started the game on a 7-0 run before the Skyhawks closed it to within 10-7 on a Kofi Josephs’ three-pointer with 13:24 to play in the first half.

But from there it was all Colorado State as the Rams rattled off a 17-2 run that spanned more than six minutes midway through the half.

In a 1:04 span during the run, Avila showed the versatility he’s been known for at CSU, totaling two defensive rebounds, two assists and two points. Unlike last season though, it wasn’t just Avila who was carrying the load, something Kidd alluded to after the game.

“Last year you saw JJ and Daniel (Bejarano) scoring the majority of the points. I think JJ had two 30-point games and Daniel had the same thing,” Kidd said. “Now it takes pressure off of those guys to be the scorers they want to be because guys can’t double-team this year. We’ve got Gian as a shooter, and I wasn’t great tonight, but I’ll be better. It will free those guys up.”

However, CSU used stingy defense and good ball movement to close the game on a 33-14 run to account for the final margin. Included in that were three separate charges drawn by Kidd, who head coach Larry Eustachy praised after the game along with the team’s entire defensive effort.

“I thought we did a great job on (Alex) Herrera,” Eustachy said. “We wanted to limit his touches and he only got five shots. We played collectively really well and this is one of the better teams I’ve had this early in the year playing long periods of time within our defensive concept.”

Colorado State opens the regular season Saturday night against Montana at 8 p.m. in Moby Arena. Student tickets can be picked up at the McGraw Ticket Office west of the arena.

Richardson III suspended for nine games: Oregon transfer Fred Richardson III did not suit up for Monday night’s game because he is serving a nine-game suspension, head coach Larry Eustachy said in the postgame press conference.

The suspension stems from an incident at Oregon when Richardson, along with former players Dominic Artis and Ben Carter, was caught selling sneakers he received from the university as part of their apparel contract with Nike. Because Richardson III played last season at Lee College, his suspension had yet to be served.