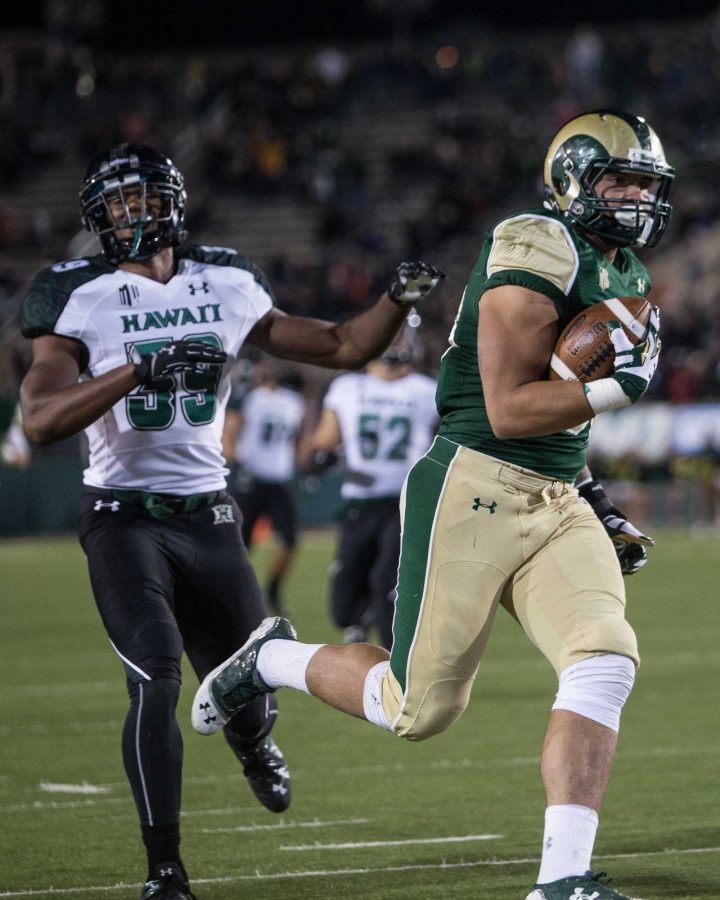 Collegian Sports Reporter Steven Jacobs discusses how well each Mountain division team has performed through 11 weeks this season and which teams will have a shot at the Mountain West championship.

Had it not been for a disappointing week 2 loss against Boise State, the Colorado State Rams would be running away with the Mountain division and the entire conference. The team is currently on an eight-game winning streak and is ranked No. 23 in the nation, their first national ranking in 11 years. Head coach Jim McElwain got his team fired up early in the season with ‘The Climb,’ but his players have since taken over.

Despite having more losses than Colorado State, the Boise State Broncos are in control of their destiny in the Mountain West conference. They had a forgivable loss in week 1 to a very tough SEC opponent in Ole Miss and they lost in a whacky game at Air Force in week five, but they still hold the tiebreaker over the one-loss CSU team due to their head-to-head 37-24 win against the Rams. The Broncos’ offense continues to be their strength as they rank in the top-20 nationally in both passing yards (312.7) and points for (37.7).

The Utah State Aggies have played considerably well this season in spite of losing their star dual-threat quarterback Chuckie Keeton to an injury in just week 3.  Sophomore Darell Garretson has stepped up in Keeton’s absence and led the team to a 5-2 record over their last seven games, including a win over No. 18 BYU. Although quarterback play has been solid for the Aggies, it’s their defense that’s kept them in the conversation amoung the top Mountain division teams.

The Air Force Falcons are the surprise story of the Mountain division. Not only have they more than tripled their win total from last season (two), they’ve done it in a surprising fashion. They pulled off a massive upset of Boise State after forcing seven turnovers and they’ve beaten conference-opponents New Mexico and UNLV, two teams that they lost to last season. Behind running backs Jacobi Owens and Kale Pearson, who both made five touchdowns this season, the Falcons’ unique run-first offense ranks ninth in the nation in rushing yards (282.4).

Under first-year head coach Craig Bohl the Cowboys have had some struggles this season. Their schedule has been ferocious, with games that they simply could not win at No. 2 Oregon and No. 9 Michigan State. They also haven’t found a consistent wide receiver threat, with no receivers over 500 yards this season. But despite the top-notch non-conference opponents and the lack of a go-to receiver, quarterback Colby Kirkegaard and the Cowboys have still mustered some good wins this season.

This season has been full of ‘what if’s’ for the Lobos. What if they pulled out close games against UTEP, Fresno State and Air Force? Last week, the Lobos lost a tightly contested game to Boise State in which they put up 417 rushing yards in the first half. The fact that New Mexico found a way to put up so many rushing yards is incredible, but the fact that they still lost that game might be even more unbelievable. The Lobos are fourth in the nation in rushing offense with (326.3) yards, and their best win might be over in-state rival New Mexico State, who they hadn’t beat in the previous three seasons.