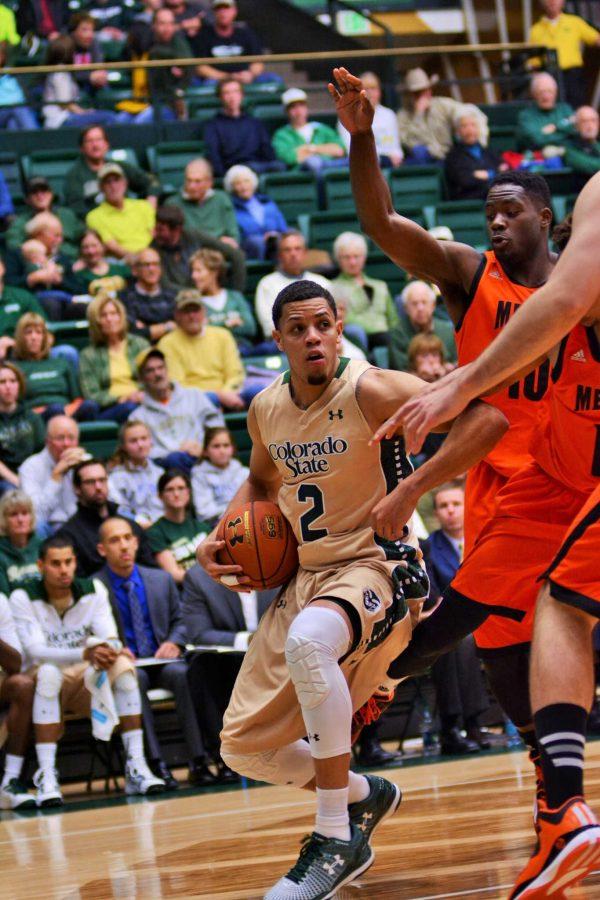 Colorado State guard Daniel Bejarano drives to the basket during the Rams' 75-62 win over Mercer on Sunday.

Colorado State men’s basketball guard Daniel Bejarano was named the Mountain West player of the week, the conference announced Monday. The native of Phoenix, Arizona averaged 19.0 points, 6.0 rebounds, 3.5 assists and 1.5 steals in leading the Rams to a pair of non-conference victories over Georgia State and Mercer.

Sunday’s game against Mercer, in which he scored 22 points, pulled down six rebounds and added seven assists and three steals, marked his 37th of his career with at least 10 points and five rebounds in the same contest, a feat which he has accomplished in 10 consecutive regular season games dating back to last season.

It is the second Mountain West weekly honor for Bejarano.