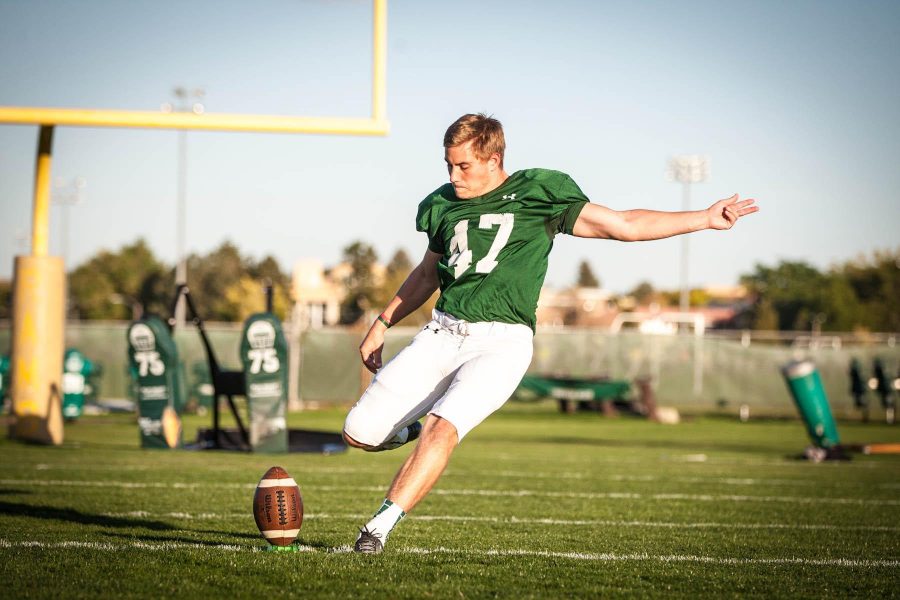 The senior from Littleton, Colorado kicked the game-winning field goal from 46 yards as time expired to lift the Rams over Utah State in front of a sold-out Hughes Stadium on Saturday. It was his third made field goal out of four attempts.

He also was successful on his lone PAT of the contest to extend his Mountain West record of consecutive made PATs to 91.

Roberts, who has now received five weekly honors from the conference, also connected from 52 yards out earlier in the game.

The Rams held their No.6 spot in the latest AVCA Division I Coaches Top 25 Poll. CSU won on the road against New Mexico and Air Force last week to improve to 20-1 on the season and extend their win streak to 15.

CSU has been ranked in the top-10 for six consecutive weeks. However, the team fell three spots in the third Rating Percentage Index of the season with the Rams now coming in at No.16.

The RPI plays a large role in determining NCAA seeding as well as first and second-round host sites.

The Denver Broncos confirmed Monday morning that they have added former CSU running back Kapri Bibbs to their active roster.

In his one season as a Ram, Bibbs set single-season school records for rushing yards (1,741) and rushing touchdowns (31) while joining Barry Sanders and Montee Ball as the only college football players in history to score 30 touchdowns in a season.

The Broncos waived another former Ram in linebacker Shaquil Barrett to make room for Bibbs on the roster. Barrett, who earned Mountain West Defensive Player of the Year honors in 2013, is expected to be brought back on to Denver’s practice squad if he clears waivers.

Collegian Sports Reporter Emmett McCarthy can be reached by email at sports@collegian.com and on Twitter at @emccarthy22.