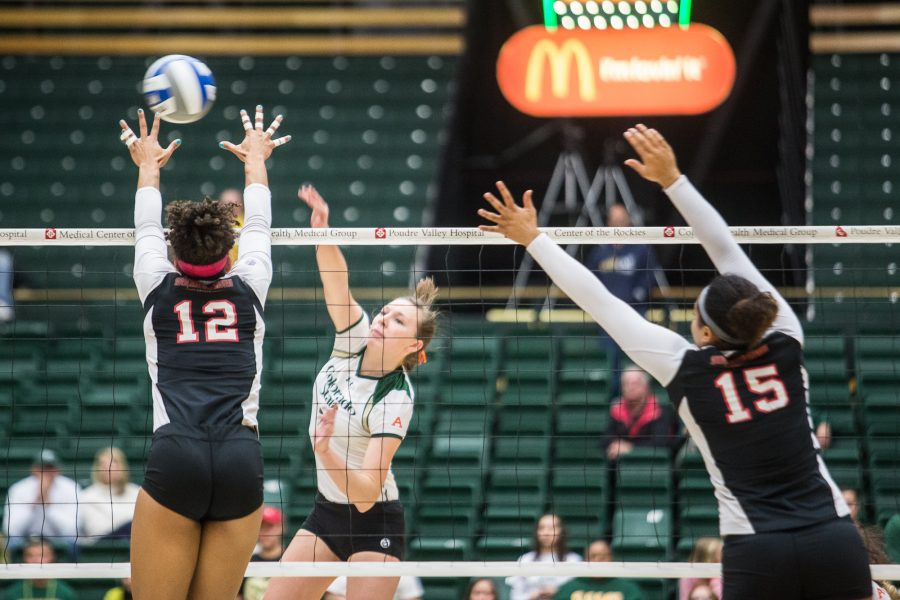 The Colorado State volleyball team continued its climb Monday, moving up to No. 6 in this week’s AVCA Division I Coaches Top 25 Poll. The Rams began the season at No. 18, but following an 18-1 start – including 13 wins in a row – have risen to No. 6, its highest national rank since Oct. 29, 2001.

For the fourth time in the past five weeks, a Colorado State volleyball student-athlete has been named the Mountain West Women’s Volleyball Player of the Week. Junior opposite hitter Adrianna Culbert earned her third career award Monday.

It marks just the third time in Mountain West history that the same school has earned four honors during a five-week span. Utah accomplished the feat in 2006, while CSU did it in 2007. Neither of those times were four different players represented. CSU’s Kelsey Snider (Sept. 15), Marlee Reynolds (Sept. 22) and Deedra Foss (Oct. 6) have received recognition already this season.

Culbert helped CSU to a pair of conference wins on the week, defeating Wyoming in Laramie and Fresno State at home. The versatile six-rotation player averaged 3.00 kills per set on .567 hitting, in addition to 3.83 digs, 1.00 blocks, 1.33 assists and a service ace.

The Mountain West announced Wednesday that No. 22 Colorado State is locked in a tie with No. 16 New Mexico for the top spot in the 2014 Mountain West Midseason Men’s Cross Country Coaches’ Poll. Receiving four first-place votes each, the Rams and Lobos earned 45 points apiece to find themselves tied atop the rankings.

Collegian Sports Desk can be reached at sports@collegian.com and on Twitter @CollegianCSport.