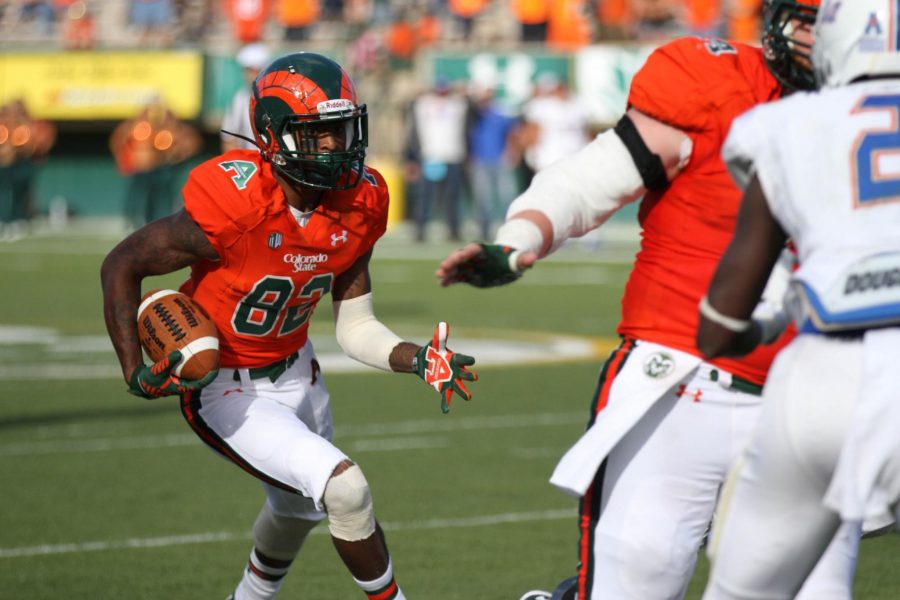 After helping No. 7 Colorado State to a pair of conference victories, setter Deedra Foss has been named the Mountain West Women’s Volleyball Player of the Week. The honor is Foss’ third-career honor, making her one of nine players in program history to reach that milestone.
In two matches, Foss averaged 13.00 assists, 2.14 digs and 0.57 blocks per set, while helping CSU’s offense to a combined .362 hitting percentage. The assists-per-set average was more than 1.50 assists higher than her season average. In comparison, the nation’s leader for the season is averaging 12.25 per set.

Two top-25 finishes boosted the CSU men’s cross country to a seventh-place overall team finish at the Notre Dame Invitational in South Bend, Indiana. CSU finished higher than three teams with higher national rankings. Sophomore Jefferson Abbey led the Rams with his 19th-place finish, clocking in at 23 minutes, 45.4 seconds for the 5-mile course. Abbey’s finish was second among sophomores in the race. Redshirt freshman Jerrell Mock, coming off a seventh-place finish at the Roy Griak Invitational, took 21st with a time of 23:46.3.

After the men’s team finished seventh at one of the nation’s elite meets on Friday, the women’s team turned in their own solid performance on Saturday at the Rocky Mountain Shootout. Staying closer to home after an unfortunate flight issue cancelled their participation in the Notre Dame Invitational, the Rams finished second only to eighth-ranked Colorado.

Volleyball remains at No. 7

The CSU volleyball team stayed at No. 7 in the AVCA Coaches Poll that was released Monday. The Rams improved to 16-1 overall and 4-0 in the Mountain West with home wins over UNLV and San Diego State on Thursday and Saturday, respectively. Three of the Rams’ non-conference opponents, Wisconsin (N0. 6), BYU (No. 10) and Arizona State (No. 18) were also ranked in the poll.

Collegian Sports Staff can be reached at sports@collegian.com and on Twitter @CollegianCSport.