No. 7 CSU volleyball comes back to beat San Diego State on the road 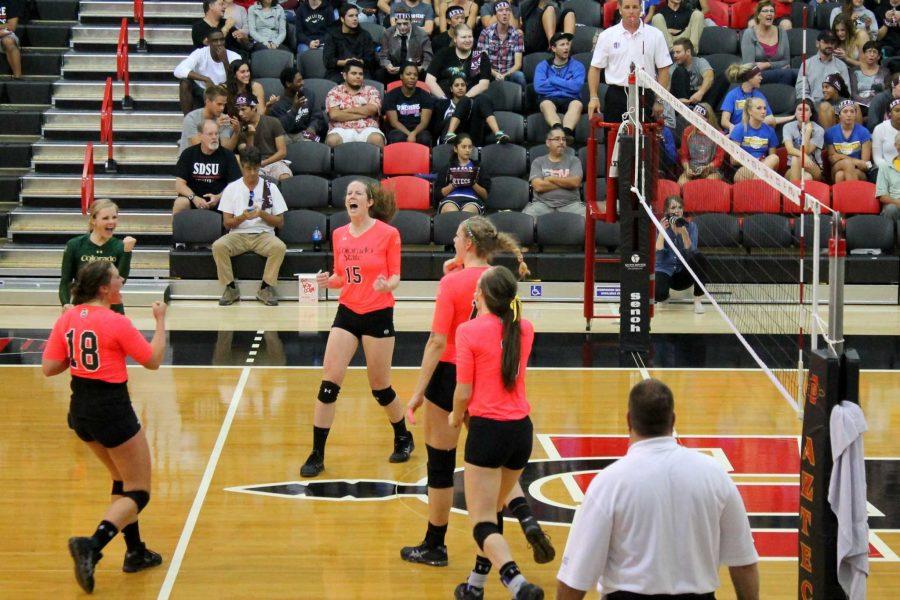 Thursday night’s match raised a question about No.7 Colorado State. What does a team have to do to defeat them?

It looked as though San Diego State might have figured it out as the Aztecs controlled the court to take a 2-1 set lead after a 6-1 point run to take the third set. When CSU returned to the court for set four, everything had changed.

Despite hitting .485 in set one and .349 overall in the first two sets, the Rams offense was shut down by the Aztecs, hitting .053 in set three. San Diego State broke CSU’s 24-set win streak after the Rams dropped set two, which had 20 ties including every point from 3-3 to 20-20.

Overall, the Rams outhit the Aztecs .286 to .147 after eight kills on .667 hitting in the fifth set alone. Snider lead the offense with 14 kills followed by Adrianna Culbert, Jasmine Hanna and Marlee Reynolds each with 12 and Acacia Andrews followed up with nine.

CSU improved to 23-1, 11-0 Mountain West with Thursday’s win, its second five set victory of the season. The Rams have won 18 straight matches, the fourth-longest in the NCAA, and fifth-best in CSU history.

The tough road series is not over however, as CSU will travel to Sin City to take on UNLV Saturday at 8p.m. MT. The Rams defeated the Rebels at home 3-1 on October 2.