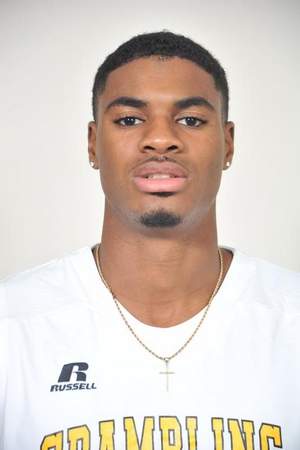 The Colorado State men’s basketball team likely filled its final roster spot for the 2014-15 season when former Grambling State guard Antwan Scott confirmed that he will play his final year of eligibility under head coach Larry Eustachy in Fort Collins via his Twitter account Monday night. The Rams, along with the likes of Arkansas, Tennessee, and Memphis, heavily recruited Scott after he announced last week that he was leaving the Grambling program.

A 6’1 point guard from Wylie, Texas, Scott averaged 15.7 points, 4.5 rebounds, and 3.7 assists per contest for the Tigers last season while shooting better than 39 percent from behind the arc and was again expected to lead the team during his senior year. However, a week after hiring former Elizabeth City State College (DII) coach Shawn Walker, the Tigers were informed of Scott’s intentions to leave.

“I’m just trying to go somewhere my senior year with a better opportunity to win and surround myself with people that can help me be successful and get to the next level,” Scott told the Monroe News-Star last Wednesday. “That’s not saying Grambling State wouldn’t have done that, but I felt it was a good opportunity to play at a bigger stage.”

After graduating in May, Scott will be immediately eligible for one season and adds needed depth and a scoring punch for a Colorado State team who lost third-leading scorer Jon Octeus earlier this summer when the graduate senior transferred to UCLA. Along with returning starters Joe De Ciman and Daniel Bejarano, the Rams boast transfers John Gillon, Gian Clavell, and Fred Richardson as well true freshman Jeremiah Paige and reserve guard Carlton Hurst in their backcourt.

Colorado State is coming off a 16-16 campaign last season in which they finished eighth in the Mountain West, falling to Utah State in the first round of the league tournament. Team officials are unable to comment on incoming players until they are enrolled in classes and have signed a financial-aid agreement.