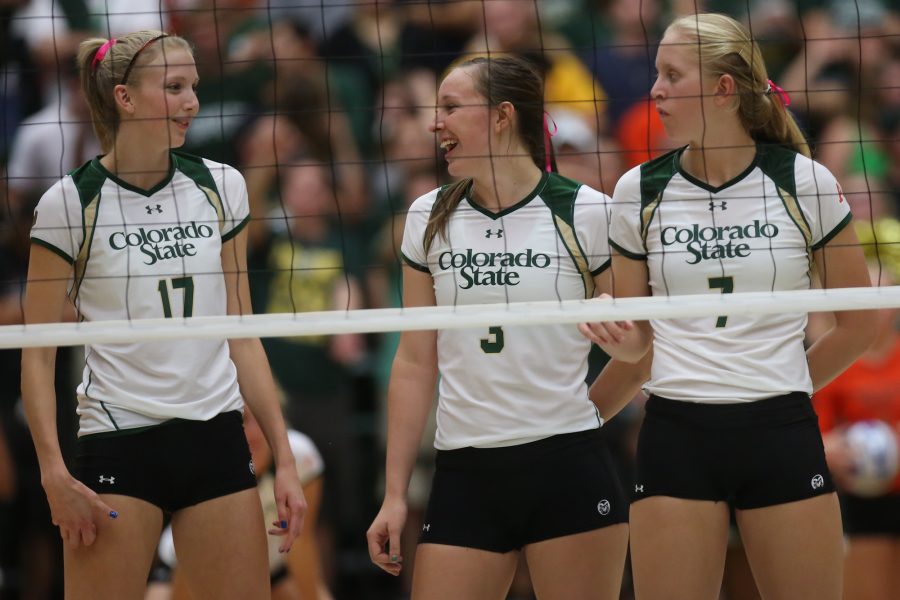 The Weekend Package is $40, which breaks down to $5 per match.

In addition to the Weekend Package, season tickets are still on sale. CSU has limited availability remaining in the lower bowl of Moby Arena. The only way to secure reserved seats is through season tickets.

Fans can purchase season tickets online or by calling a member of the Rams Sales Department at (970) 491-RAMS. Single-match tickets will go on sale later this summer.

Known as one of the best home-court environments, Moby Arena annually is among the highest-attended venues in the nation. In 2013, CSU ranked seventh nationally, averaging a program-record 3,283 fans per contest.

The Rams announced their 2014 promotional slate, which includes colored themes for four matches.

The Rams’ battle against nationally ranked Wisconsin will be a White Out. Fans are encouraged to wear orange on Oct. 4 vs. San Diego State, pink on Oct. 25 vs. Utah State and green on Nov. 26 vs. Wyoming. Originally Colorado A&M, CSU’s Orange Out honors the school’s original colors of pumpkin and alfalfa. The team’s annual Pink Out is to show support and raise awareness for the fight against breast cancer. The Border War vs. Wyoming, the regular-season finale, will also be Senior Night.

Collegian News and Sports Editor Hannah Hemperly can be reached at sports@collegian.com.