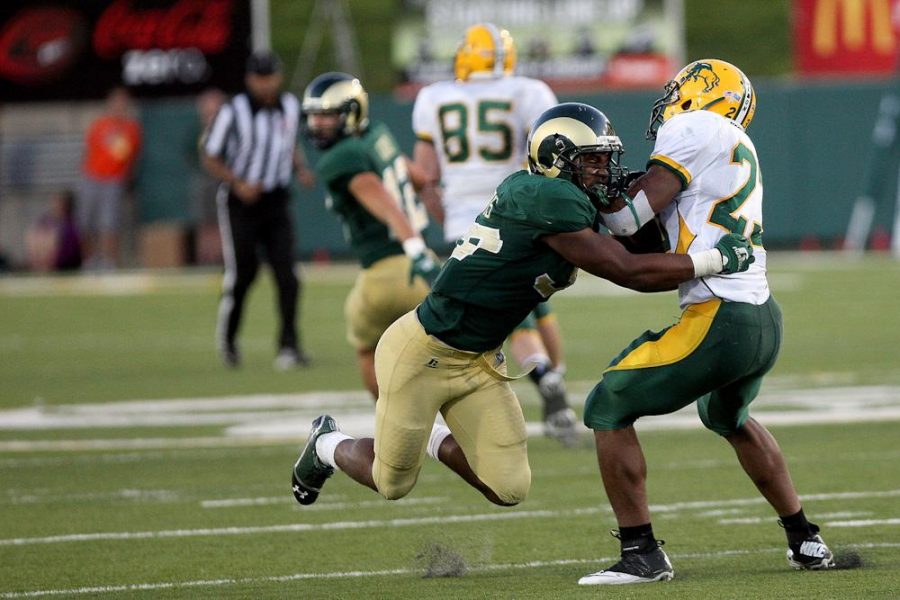 Colorado State Sophmore running back Aaron Davis (37) attempts to bring down John Crockett (23) of North Dakota State during the third quarter of Saturdays home loss. CSU was defeated 22-7 bringing there sesons record to 1-1.

Colorado State senior linebacker Aaron Davis was put on the preseason watch list Monday for the 2014 Butkus Award, awarded to the most outstanding linebacker in college football.

The 6-foot, 220-pound linebacker was among 53 athletes recognized on the list, and one of only three from the Mountain West. In 2013, Alabama linebacker C.J. Mosely was selected for the award, the No. 17 overall selection in the 2014 NFL Draft for the Baltimore Ravens.

In 2013, the linebacker started every game for the Rams for the second year in a row. He finished second on the team with 120 tackles (63 solo), with seven tackles for loss (-18 yards). He also recorded five quarterback hurries, three forced fumbles and one fumble recovery.

His career-high 13 tackles came against San Jose State on Oct. 12, which played a key role in helping the Rams prevent an opponent from scoring multiple touchdowns in a game and only allow for two 100-yard individual rushers.

Davis has played a key role in the return of the Rams’ experienced linebackers, including senior captain Max Morgan and junior Cory James, who all report to preseason camp Aug. 3.

Collegian News and Sports Editor Hannah Hemperly can be reached at sports@collegian.com.