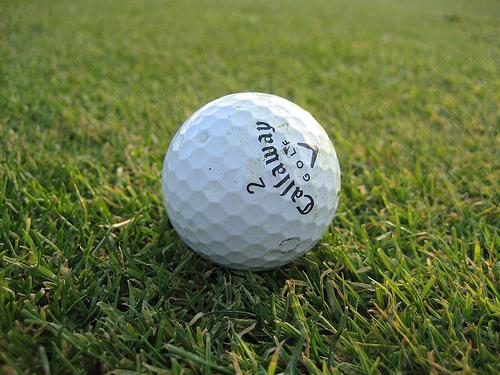 Colorado State University’s Mikayla Tatman did not start golfing as early as most of her peers, but that is not stopping the redshirt junior from competing with top collegiate women golfers in the country.

“I’m a bit of a late starter compared to a lot of golfers I compete against, but I’ve been around the game pretty much my whole life,” Tatman said.

The Longmont native will compete in the U.S. Women’s Amateur Public Links Championship from July 14 through 19. A 25-foot putt for birdie on the final hole of a sectional qualifier at the Saddle Rock Golf Course in Aurora, Colorado sealed her spot in the tournament.

“It’s one of my biggest accomplishments,” Tatman said. “Publinks is a national event and people come from all over the world to play in it. It’s fun because it’s the last one and I’ve never played in a USGA (U.S. Golf Association) event.”

Annie Young, head coach of CSU women’s golf, encouraged Tatman to stay focused on what has gotten her to where she is and not worry about the event itself.

“I told her it’s okay to be nervous as long as you’re prepared,” Young said. “Just because it is a national competition doesn’t mean you need to change your approach. If she sticks to her game, she’s going to be okay.”

Young knows a thing or two about what it takes to compete in the tournament. She won the Public Links Championship in 2002.

“She’s done a great job of mentally preparing me,” Tatman said. “She’s been monumental in taking my game to the next level.”

When Tatman’s not on the golf course or in the classroom she likes to spend her free time outdoors or with her family.

“Wakeboarding, boating, hiking, water skiing – all that stuff on the lake,” Tatman said. “My favorite thing is just being outside.”

Tatman, a health and human sciences student at CSU, is interested in nursing if she does not continue with her golf career. Tatman has kept her options open by excelling in the classroom as well as on the golf course. She won the Mountain West Scholar-Athlete Award, one of the highest academic honors bestowed by the conference.

If Tatman does pursue a future in golf after college, she said it will likely be as a coach.

“I’d like to take my golfing career into more of a coaching position, hopefully at the collegiate level – that would be a dream come true,” Tatman said.

Elena King, a private swing coach from Denver, said Tatman has the talent to golf professionally, but would make a fantastic coach as well.

“She studies the game and she’s great with people,” King said. “I think she would make a great coach. She has a lot of good leadership qualities.”

Tatman was a junior at Silver Creek High School playing for Skyline High School when she started working closely with King. Coach King has had an up-close look at Tatman’s development and is most impressed with her mental approach of late.

“Becoming more process-focused over outcome-focused, I think, was a huge turning point for her,” King said.

The tournament, which will be held in Dupont, Washington, tees off with 36 holes of stroke play from July 14 to 15, after which the field of 156 entrants will be cut to 64.

Those who make the cut will begin match play Wednesday, July 16, and continue until Saturday, July 19 when a champion is crowned. Tatman said she looks forward to the challenge.

“There are a lot of high-caliber players,” Tatman said. “It will be fun to go see where my game stacks up against the rest of the nation.”

Collegian Sports Reporter Emmett McCarthy can be reached at sports@collegian.com.