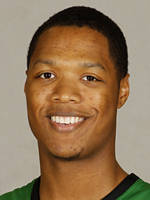 The 6-foot-6 guard from Houston, Texas has signed a financial aid agreement with CSU and will join the Rams for the 2014-2015 season with two years of eligibility remaining.

“We feel very fortunate to add a player of his caliber at this point in the recruiting process,” Eustachy said. “He has good size and will bring a versatile skill set to our program.”

Last season, Richardson played for Lee College in Baytown, Texas. In his 18 games at Lee, he averaged 15.8 points, 7.1 rebounds, and 1.8 assists per game, while shooting 36.1 percent on three-pointers.

“He has experience at the Division-I level and played in one of the best junior college leagues in the country,” Eustachy said. “On top of being a good basketball player, Fred also is a great student and a person of high character.”

In addition to being recruited by Colorado State, Richardson also drew attention from Gonzaga, Marquette, and Missouri.

Collegian Sports Reporter Emmett McCarthy can be reached at sports@collegian.com.