The Rocky Mountain Collegian • May 8, 2014 • https://collegian.com/articles/sports/2014/05/mens-lacrosse-preview-colorado-state-vs-simon-fraser/ 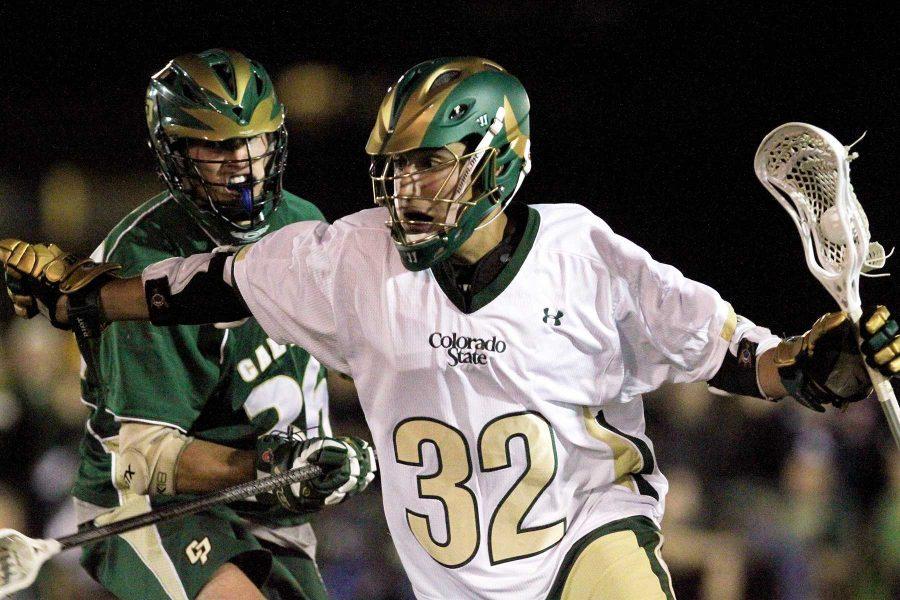 Junior CSU lacrosse player Sean Smith (32) pushes his way past a Cal Poly defender last year on the Intramural Fields. Today, the Rams will face off agains Chapman at 7 p.m.

The Colorado State men’s lacrosse team will live to play another day.

Despite losing 10-7 to rival BYU in the RMLC semifinals last Friday, the Rams received the No. 5 seed in next week’s 16-team MCLA national tournament on the campus of Chapman University in Orange, Calif.

The Rams’ opponent, No. 12 seed Simon Fraser University enters Monday’s matchup coming off consecutive wins over Montana and Oregon, which led the Clansmen to the Pacific Northwest Lacrosse League championship.

Ahead of Monday’s tilt, Collegian reporter Keegan Pope takes a look at the game’s key players and what each team will have to do to advance to the second round.

Smith, a senior captain, teams up with fellow attackman Kacy Carter to create one of the more dangerous duos in the MCLA. Along with 17 goals, which ranks second on the team, Smith has also dished out 25 assists, tying him for sixth in the RMLC this season.

Spencer, who was named first team All-PNLCC earlier this year, combines with Kirkby to lead one of the best attacking lines in the nation. A 5-foot-9, 160-pound junior, Spencer has tallied 42 goals on the year, including nine in a 30-2 win over Washington State, to go along with a league-leading 29 assists.

Regan, a senior, has been a consistent force in net for the Rams all year and will need to do again versus the Clansmen’ attack. In 16 games, Regan gave up just 48 goals, which leads the RMLC. His .639 save percentage ranks second only to University of Colorado net minder Mitchell Fenton.

Keys for a Clansmen victory:

Score, a lot. The Clansmen carry one of the best attacks in the entire country, led by Kirkby, Spencer and Sam Clare. The trio has combined for 150 goals and 60 assists this season, accounting for nearly 60 percent of the team’s entire goal total this year. To beat the Rams, which hasn’t been done by an SFU team since 2010, they will need to score early and often against a stingy defensive unit spearheaded by Regan in net.

Keys for a Ram victory:

Dominate the point of attack. Head coach Alex Smith has pleaded with his young team to be more of a physical presence out on the field. The Rams will have to be to contain the lightning-quick trio of Kirkby, Spencer and Clare. After being pushed around a bit by BYU last weekend, look for 6-foot-7 attackman Sean Ross, along with the Rams big defensive unit, to enforce their will against the Clansmen.