The Rocky Mountain Collegian • May 8, 2014 • https://collegian.com/articles/sports/2014/05/csu-baseballs-history-in-the-ncba-world-series/ 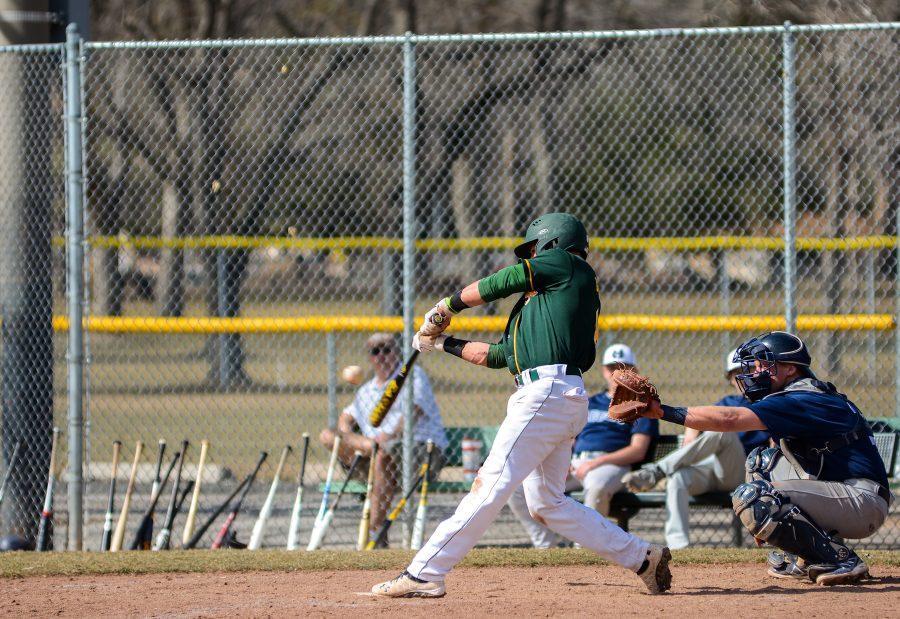 Keegan Garcia (8) hits a home run during the Rams match against Utah State this Sunday. The Rams played a tournament over the weekend at City Park.

The Colorado State baseball team accomplished part one of its master plan to bring home a NCBA World Series trophy; they made it to regionals. However, since 2010, the Rams have struggled to make it past this point. This year marks their fourth chance to play for the No. 1 title in Tampa Bay, Florida.

Baseball beat reporter Cali Rastrelli takes a look back from the last Championship the Rams won, until now.

The Rams have returned to their winning ways this year, largely aided by the addition of hitting coach Brian Dilley, a former outfielder. Head coach Nick Childs, a former pitcher, has always been able to give stellar advice for the mound, but it helps the offense to take notes from a player who has the same game experience. They head back to Kansas on Friday for their first Regional game.

As returning World Series Champs, the Rams did not disappoint in the regular season. They kicked off the year 14-5 in non-conference play before falling into a midseason slump, going 9-1. Still, they found their way to Kansas, but went 1-2 against Iowa, UNC and Mizzou, knocking themselves out of the World Series competition.

The back-to-back World Series Champs had a huge No. 1-shaped target on their back during the 2010 season. Still, they managed to smash their competition, losing to just five teams the entire season. They extended an 11-game winning streak heading into Regionals to 18, and took the World Series crown. Since then, the Rams have not managed to take it back — but they are hoping 2014 will be a different story.