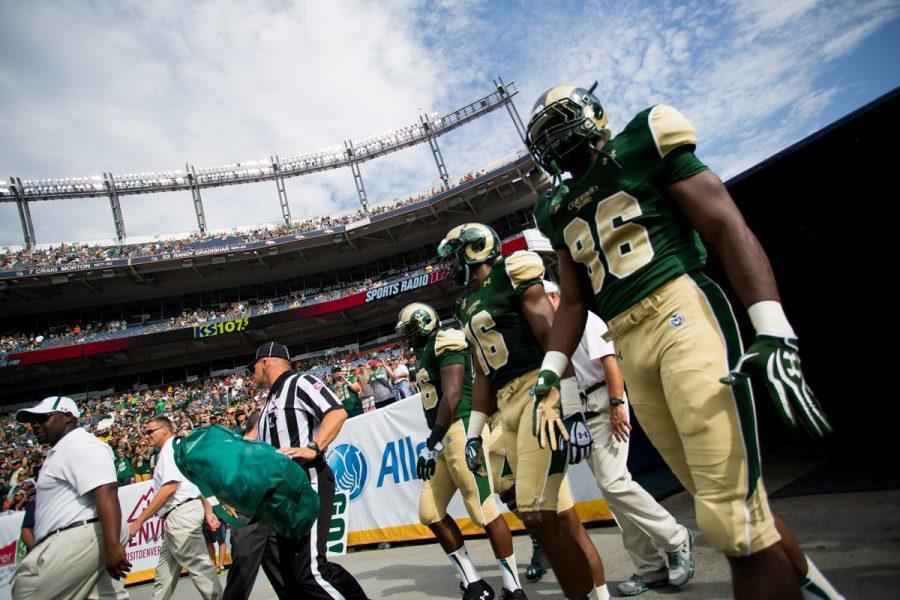 Colorado State’s 2014 football season-opening Rocky Mountain Showdown game against the University of Colorado has been moved to Friday, Aug. 29 to accommodate a national television audience. The announcement came Thursday from CU-Boulder and the Pacific-12 Conference.

“This is a great opportunity for fans in Colorado to kick off Labor Day weekend with a rivalry football game on Friday night,” head coach Jim McElwain said. “I think it’s outstanding that people get to watch a great game and not break up their holiday weekend.”

The annual rivalry game will kick off in the evening at Sports Authority Field at Mile High in Denver.  One of the ESPN or FOX Sports platforms will televise the event. CU will be the home team for the 2014 Centennial Cup. The Rams have never played on Friday against Colorado, but it has met on Monday, Wednesday, Thursday, Saturday and Sunday.

The in-state rivalry with CU dates back to 1893 when the schools first met in a February challenge game. In its history, the teams have met 85 times with Colorado holding a 62-21-2 advantage. CSU won five out of the 13 games played in Denver since 1998 when the series moved to Colorado’s capital city.

CSU is coming off a successful 2013 season under second season under McElwain. The Rams had the most wins since 2002 (8) with a win over Pac-12 Washington State in the 2013 Gildan New Mexico Bowl.