Rams butt heads with NoCo rivals and come out even 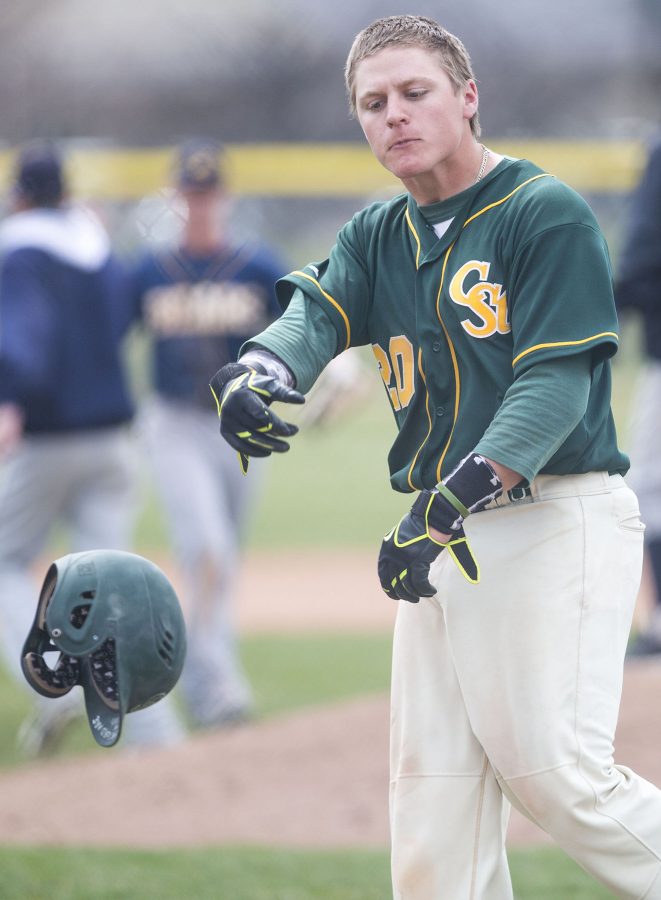 CSU's Mike Medina, 20, throws his helmet down in frustration after hitting a pop-fly that was caught while bases were loaded to end their game against UNC Sunday afternoon. The Rams lost 9-7.

Set the bar low and disappointment is rare, success even more so. Hold yourself to the highest standards and you’ll occasionally fall short, but the victories are sweeter.

The Colorado State baseball team set out to sweep the UNC Bears in a four-game series this weekend, and though it started off on the right foot, they ended up splitting games.

The Rams took the first contest Saturday afternoon 12-2, on par with the high-intensity offense the Rams have showcased so far this season. But two hours later, they were staring at the losing end of a 6-5 heartbreaker.

The Rams started out on top of the first game Sunday as well, before the Bears tied it up in the fifth, sending the game into extra innings. Tate Hughes entered the game for starting pitcher Alex Marshall, but was unable to stop UNC’s bats, which powered the Bears’ won 7-4 in nine innings.

“We just like to get hot and cold, and we didn’t prepare the way we should have,” Marshall said. “We get too lackadaisical, we think we can skate by because we performed well before but … that’s obviously not the case.”

But the cloud of Marshall’s disappointment dissipated sooner than later. No more than five minutes after he said the words, Mike Medina slammed his first home run of his CSU career. His foot on home scored the eighth run of the fourth inning for CSU, the 13th of the afternoon.

The Rams were declared winners after five innings, mercying UNC in a gratifying end to a tough weekend. The back and forth pendulum of performance is as exciting for Childs as it is frustrating.

“I wish I had an answer. If we are too relaxed, we struggle and if we are too uptight, we struggle,” said head coach Nick Childs. “We’ve had a lot of those big victories, but it’s about finding a way not to drop those close ones. We haven’t reached our potential, so that makes it exciting to see what happens the rest of the year.”

The 2-2 finish to the weekend wasn’t what Childs or his team had in mind, but they found they have strength on both sides of the ball. From here on out it’s about finding a way for both offense and defense to peak together.