Jessica Sharbono throws the discus to the top of the nation 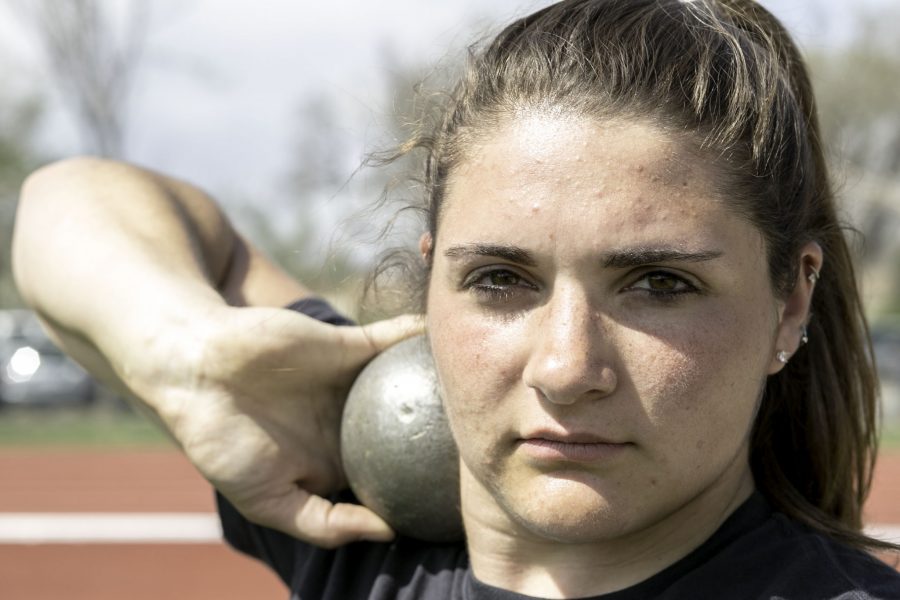 CSU thrower Jessica Sharbono has gotten Mountain West athlete of the week twice this year. Sharbono is looking to take 1st in the shot put and discus this weekend.

If senior Jessica Sharbono knew that throwing a discus in middle school gym class would have led her to be the second best in the nation, earn all-Mountain West honors and train to become a member of the USA Olympic team, she would have told anyone they were pulling her leg.

Throwing a discus takes agility, strength and speed. While there are several stereotypes that individuals need to be successful in this event, those are put to rest by the perseverance and dedication of Sharbono.

“My first year (of high school), I started off pretty good. I won state my first year and then from there it kind of became what it was and loved it. It was what I wanted to do,” Sharbono said.

Sharbono never really realized her true potential until the phone began to ring in with recruits from all across the country looking to have her on their team come fall of 2010.

With several options to choose from, Sharbono became a part of the CSU family because of the team’s dynamic and head coach Brian Bedard. Shabono knew Bedard was a great throwing coach and that he has had a lot of success with this event in the past.

Shabono also commented on the fact that many recruits wanted the hammer to be her main event, and she didn’t want to go to those universities because the discus is her favorite and strongest event. She did not see herself giving that up, and Bedard did not either.

“She had good marks out of high school and she was one of the top discus throwers in the country,” Bedard said. “That was the first initial aspect that I looked at, she was going to be able to compete here and at the college level. I also really like to recruit within  this region because they usually train in these conditions.  I feel if they can be competitive and throw marks that are the top in the country, I think they have a big upside.”

From the start of her career at CSU, Sharbono strived her first year, but has kept a steady pace in the 170 range for several years. It was not until last weekend’s meet did Sharbono get a new personal record in the low 180s.

“In practice, you kind of see indicators that she has this kind of ability to strive so it was not a huge surprise for her to get these marks,” Bedard said. “There was some frustration on her part and she is already hard enough on herself.”

In a typical week for Sharbono, she lifts three times and comes out onto the track three days to continue establishing her fundamentals. That leaves room for tears when those extra feet are not happening when there is so much more potential.

“It was about this time last year that she was struggling,” Bedard said. “I could tell she had tears in her eyes after practice and we were walking out to get her discs in the field and I am the only one out here with her and she just literally collapses on the field. Fell to her knees and was literally sobbing, extremely frustrated with her training and it just was not working that well.”

From that point on, Bedard took her back to the drawing board and went back to the simpler fundamentals and she strived from there.

Sharbono has been training for over a decade to be in this position.  She now has several experiences competing in the NCAA, USA juniors championships and the top of the MW conference. After college she hopes to pursue a dream of joining the USA Olympic team competing in Sacramento, Calif. where she will test her skills and see where she ranks amongst the collegiate and professional level.

“After last weekend’s meet, it really solidified my thought process of trying out for the USA team and taking my ability to the next level,” Sharbono said. “I will have to qualify to go to a couple meets, but I am excited for this next step in my life.”