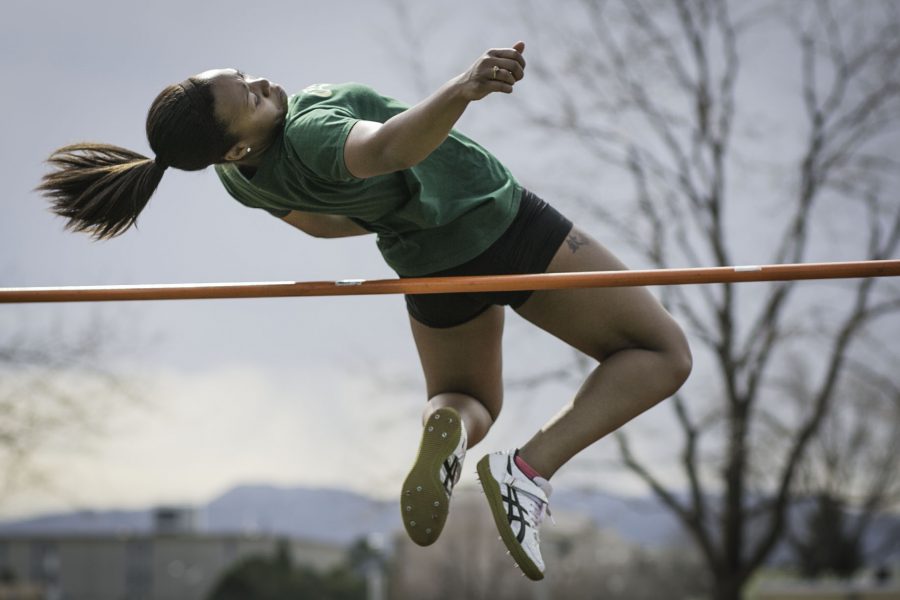 Both the CSU men and women competed at the Jack Christiansen Invitational over the weekend among the competition of CU, Northern Colorado, Air Force, Wyoming and four non-Division I teams that included Metro State.

Hosting a home meet for the third and final time of the outdoor track season, the Rams claimed first-place finishes with team scores of 185.75 for the women and 234.5 from the men.

“It’s just an awesome thing to be out here competing on your home track,” junior sprinter Zach Browning said. “We always appreciate the support from the people who show up. Especially the (alumni), having them here is something special that doesn’t always happen.”

Browning helped rewrite history on Saturday afternoon, serving as the third leg of the men’s 1,600-meter relay team that broke the school record after crossing the finish line in first with a time of 3:10.48 to complete the two-day invite. He was accompanied by Robert Wasinger, Travlor Goodnight Skudneski and Trevor Brown, who also competed in individual events.

Brown won the 110-meter hurdle event, clocking in at 13.64 seconds. He sat out the 400-meter hurdles, in which he ranks seventh in the nation, to prepare for the relay. His teammate, Sam Little, filled his void with a personal-best mark of 51.82 seconds, taking first.

“(The relay) brings you more of a sense of unity, I couldn’t have done it without them,” Brown said. “It’s a different feeling winning or breaking a record with the other guys instead of yourself. It feels great.”

As expected, the women were led by strong throwing performances.

Senior Jessica Sharbono picked up her third-consecutive victory in the discus with a toss of 180-4. Junior Kiah Hicks was close behind at 164 that landed her in second and junior Monet Jackson placed fourth after throwing 138-6.

“Overall, I thought we had highlights in all event area again, which is positive for our team,” head coach Brian Bedard said in a statement. “The weather cooperated. It probably really helped us solidify our spots at the conference meet coming up.”

Next up: The Rams will cross state lines for just the second time this year to compete at the Cowpoke Open, an all-day competition in Laramie, Wyo. this coming Saturday, May 3. The meet will be CSU’s first of two remaining matchups before the Mountain West Conference Championships begin on May 14.

“The whole team is coming together right now and looking really strong,” distance coach Art Siemers said. “We have a good chance to win the conference on the men’s side and place well on the women’s. It’s going to be exciting, the next few weeks will be huge for us.”