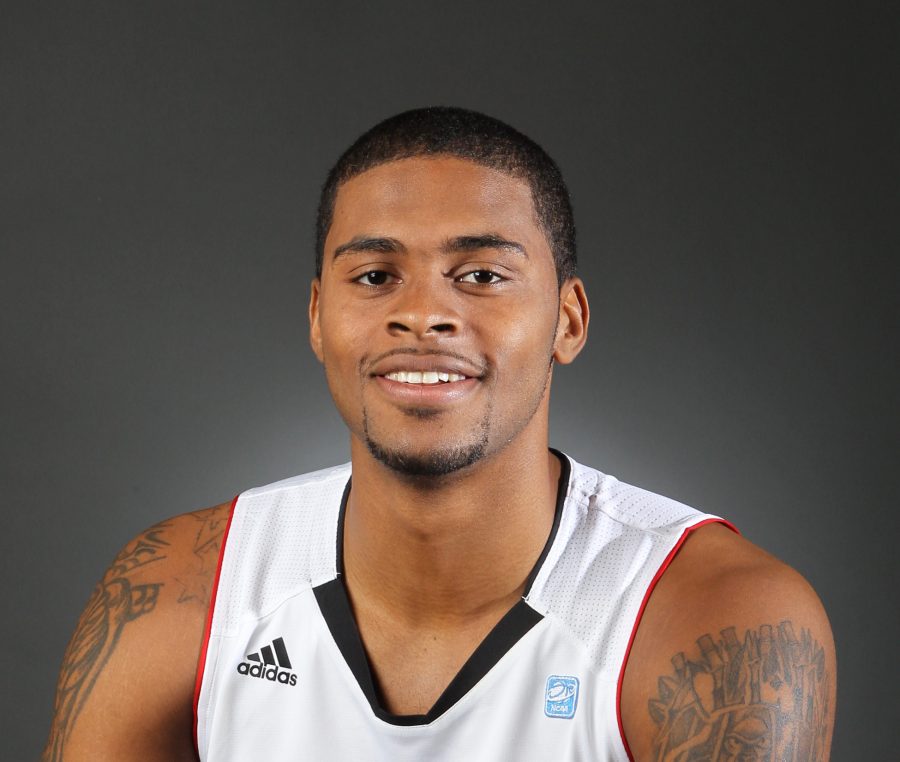 The Chane Behanan saga has finally reached its conclusion, one which Colorado State head basketball coach Larry Eustachy had assumed might be the case all along.

The junior forward who signed with Colorado State in January after being dismissed from the University of Louisville in December, officially declared for the 2014 NBA Draft Monday morning.

In a press release from the Colorado State athletic department, Behanan simply cited the opportunity to play at basketball’s highest level as his reason for choosing to forgo his senior season with the Rams.

“After a lot of thought, I have decided to put my name into the NBA draft and begin my professional career,” Behanan said. “I want to thank Coach Eustachy and his staff for the opportunity to continue my college career at Colorado State, and for their support over the past five months. This was a very difficult decision, but after speaking with my family, Coach (John) Lucas, and Coach Eustachy I knew that I had their support to make what I felt was the best decision for me at this point in time.”

Due to NCAA transfer rules, Behanan would have been required to sit out the first half of next season, becoming eligible at the completion of the fall semester. That, along with the chance to compete for a spot on an NBA team was simply too much for Behanan to pass up, according to Eustachy.

“This is really just what Chane wanted to do,” Eustachy said. “Had we really pursued it and tried to convince him to stay it might’ve been different, but I’ve never tried to hold anyone back from what they wanted to do and I never will.”

Early last week, it was reported by Adam Zagoria of sny.tv that Behanan had hired an agent and intended to declare for the draft by Sunday’s early-entry deadline. Immediately following news of Zagoria’s report, Behanan denied the report via his Twitter page.

“Never reported anything so don’t listen. If I haven’t said it then it’s not true,” Behanan tweeted last Wednesday from his personal account, @chanetrigga5.

However, as was the case since Behanan signed with the Rams in January, Eustachy and his staff expected the oft-troubled star player to declare for the draft, something the coach reiterated Monday afternoon.

“We had always anticipated this as a possibility,” Eustachy said. “We never knew for sure what his plans were until a few days ago, but this is kind of where I expected this to go. But because of that, we recruited as if he wasn’t going to be here. We do that with a lot of players because you never know who’s going to be here because of injury so we’ll just stay in stride and keep moving forward with the recruiting we’ve been doing.”

Behanan’s departure now leaves the Rams with two open scholarships for the 2014-15 season after junior guard Dwight Smith was granted his release last week. On multiple occasions, Eustachy has stated that he and his staff are looking for immediately eligible players, whether that be high school seniors, junior college transfers, or players eligible after using the NCAA’s graduation transfer rule.

“We’re bringing in a recruit this week and we’re going to be very selective in who we take,” Eustachy said. “We have two scholarships open and we’ve signed guys like (transfers) Dantiel (Daniels) and Stanton (Kidd) all the way into July and I’m still very excited about this team. There’s a lot of good coaches here at CSU and we’ve got a Plan B in place.”

Rams to host California prep standout: Earlier this week it was reported that Colorado State offered Rancho Cucamonga, Calif., guard Victor Joseph one of their now two open scholarships. The 5-foot-10, 160-pound senior will now take an official visit to Fort Collins later this week before “hopefully making a decision in the next three weeks.” Joseph is currently receiving interest from Portland State and Cal State-San Bernadino. As a senior this past year, Joseph averaged 18.5 points, 4.5 assists, and 3 steals per game while being named one of the Top 50 best senior basketball players in Southern California, a list that includes Arizona signees Stanley Johnson Parker Cartwright as well as possible Mountain West foes Isaiah Bailey (Fresno State) and Trey Kell (San Diego State). Joseph, along with Bailey, plays for the well-known Compton Magic AAU program in Southern California.

Collegian Reporter Keegan Pope can be reached at sports@collegian.com and on Twitter@kpopecollegian.