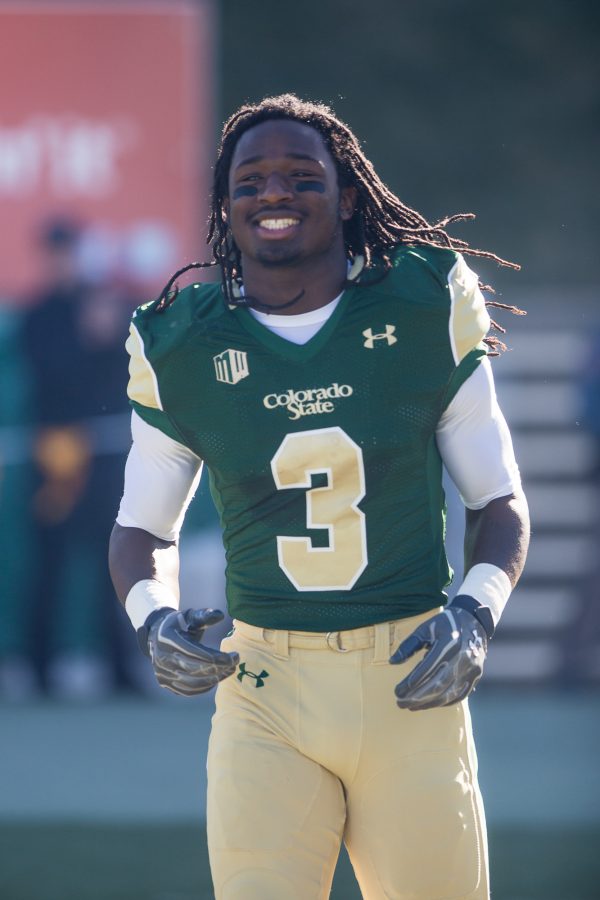 NFL teams are losing key players left and right to free agency and they lack salary cap space. Many of them are turning their attention to younger, fresher and cheaper prospects straight out of college, most of whom did not have a chance at the combine.

Players came to Colorado State Wednesday morning for the school’s pro day. The majority of the athletes were former Rams, but a sprinkling of players from University of Northern Colorado and Adams State also came to workout in front of scouts from all 32 NFL teams.

Tight end Crockett Gillmore, center Weston Richburg and running back Kapri Bibbs all participated, seeking to better their performances from the NFL Combine a couple of weeks ago. Bibbs has been dealing with a turf-toe injury suffered midway through the fall season and hoped to improve upon his 40-yard dash time of 4.67 seconds.

Bibbs clocked in unofficially at a low 4.5 ,which is not what he was hoping for.

“The last time I ran a 4.5 was in high school. My freshman and sophomore year I was running 4.3’s, 4.4’s. With the injury right now, it is what it is,” Bibbs said.  “I just want to show the teams out here than I’m ready to compete. When you go to an 18-21 week season in the NFL, you are going to be banged up, and the guys that are good play through injuries, so I want to show them regardless of whether my toe is off, on , or bent to the side, I am still going to go out and compete.”

Bibbs certainly turned heads, looking agile and quick in the 3-cone drill and showed sure hands and quick routes during the receiving drills.

Barrett was the Mountain West Defensive Player of the Year in the 2013 season and was one of the top consistent performers for the Rams, but did not receive an invite to workout at the NFL Combine. But Wednesday, in front of 32 NFL scouts and former teammates, he proved that that was a mistake.

He ran an unofficial 4.53 40-yard dash and flaunted his fluid speed and quick hands during the shuttle, 3-cone drill and other position-specific agility exercises. Still, Barrett retained his humbly unsatisfied attitude.

“Today was a good day, some of the drills I think I could have done better, I think it was like an A- day,” Barrett said. “I probably didn’t reach what I wanted to do, but I think I did pretty good.”

Barrett’s former teammate, cornerback Shaq Bell also made a decent showing. He made up for what he lacks in size by displaying strong, sure hands and quick feet. But for his lean frame, his unofficial 4.55 seconds in the 4-yard sprint may not have been quick enough.

However, in high-pressure situations like pro day, scouts understand that nerves and the desire to perform at the highest level can get to players’ heads, sometimes having the opposite intended effect.

“I was a little nervous in the 40,  just trying to get the perfect start, trying to run how I want to,” Bell said. “Now it’s just a waiting game.”

Richburg is familiar with this waiting game – after his stellar career as a Ram and his strong showings in both the Senior Bowl and the Combine, Richburg is a sure draft pick. The question is not if he will go, but where and how early.

He has proven that his work ethic, consistency and leadership are all reliable, and also put on some weight, tipping the scales at 304. The average weight for NFL offensive linemen is about 300 pounds, so Richburg has put himself in a prime position come May Draft Day. And even though he had a good Combine, Richburg had a little bit left to prove.

“Today I really wanted to show my size, and I wanted to show that I’m a guy that can get out and pull and move really well,” Richburg said of the drills he participated in. “I want to be a better football player and be ready for when camp comes around. Be ready to contribute and be play on day one.”

Football Beat Reporter Cali Rastrelli can be reached at sports@collegian.com and on Twitter @c_rasta5.