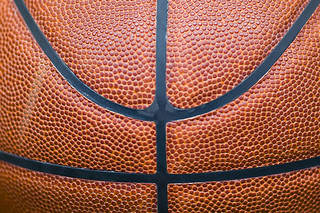 Considering how great of a season this team had, it would seem like this game would have virtually no pressure placed upon it. However, there are multiple fates that ride on the outcome of this game.

Along with this match up comes the rematch of the CSU-Wyoming game. The last time these two teams played on Feb. 22, the Cowgirls dominated the Rams winning by a margin 26 points in Laramie. To say that CSU wants a little bit of revenge in Friday’s game is nothing short of the truth.

“You know, its the Border War,” forward Sam Martin said. “CSU knows how important that is and the fact that they beat us by so much in our last game just puts us in the mentality of ‘lets play better and lets redeem ourselves.’ It’s definitely kind of like a revenge because of how poorly we played there.”

In addition to the rivalry, the Rams are coming off of an unexpected loss at San Jose State Tuesday night and are looking to prove themselves with a win, while also wanting to have positive momentum swinging their way as they head into the postseason.

“This win for us will be huge, especially with the loss at San Jose State,” guard Hayley Thompson said. “We want to be on the upswing as far as playing well together and for the tournament and I think this game will be a real test for us.”

On top of the already mounting pressure, Friday will be both the last basketball game at Moby this year and Senior Night — the last time seniors Martin, Thompson and Alicia Nichols will ever play on Moby’s court.

With their CSU athletic careers winding down, the emotions are beginning to show and are becoming harder and harder to contain. Getting this final regular season win at Moby is at the forefront of these girls’ minds, and ending their home career with a win would serve as the cherry on top of a phenomenal regular season.

Each of these athletes have had their own unique experiences at CSU. Alicia Nichols transferred to CSU from Northeastern Junior College and came to the team as a walk on, but ultimately came out of the experience with an athletic scholarship.

“I’m so blessed to have had the chance to come to CSU and play here,” Nichols said. “It’s your last game on Moby court so you want to give it your all for the team and yourself. It means a lot, I just can’t even explain how blessed I am to have played at CSU.”

Hayley Thompson and Sam Martin have been teammates for the past four years, both coming from the metro Denver area and seeing this team through its highs and its lows.

“I imagine I’ll be pretty emotional,” Thompson said.  “I think I’m just going to have to lock it up before the game and maintain focus in what we’re trying to do. But afterwards, I think it’s going to be a little bit rough.”

Her counterpart, Martin, had much of the same emotions running through her mind heading into this final home game.

“It’s really sad to think about,” Martin said. “CSU has been such a great school to me. I’ve basically grown up here and I love this school. It’s going to be really sad that it will be the last time I’ll ever get to play on that court. It doesn’t even seem real, it just went by so fast. ”

Collegian Reporter Hannah Cornish can be reached at sports@collegian.com and on Twitter at @HMCornish.