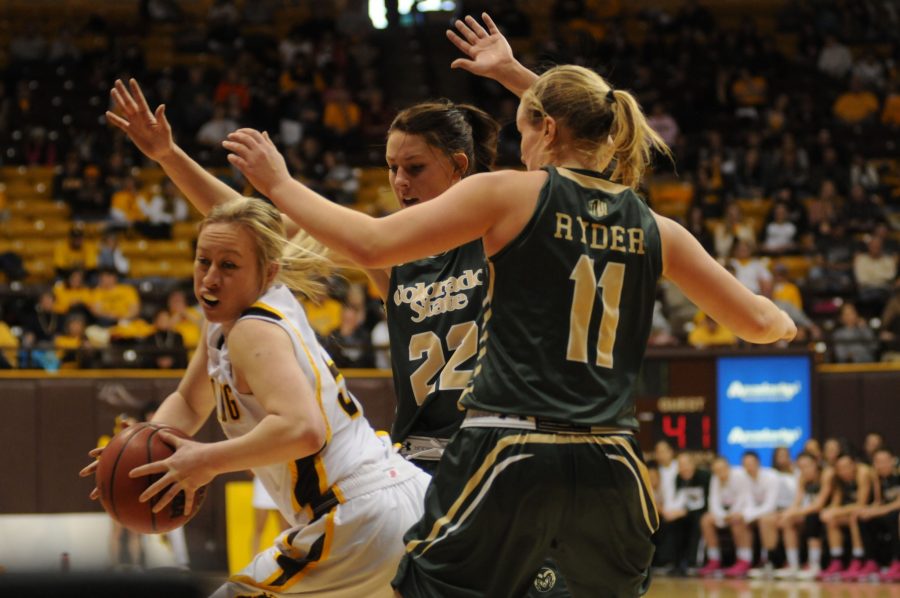 Keys to a CSU win:

Involve Sam Martin early and often: Martin didn’t score until early in the second half against Utah State and it nearly cost the Rams the game. The senior is one of the better scorers in the conference but also provides a size mismatch down low the Rams should be able to exploit.

Understand the moment: No player on this year’s team has ever played this deep into the conference tournament and while head coach Ryun Williams likes his team naivety, they’ll need show the same amount of poise they did against Utah State to pull this one out in front what is likely to be a pro-Wyoming crowd.

Lock down Kayla Woodward: In the Rams’ 58-46 win over the Cowboys last Friday, CSU held All-Mountain West guard Kayla Woodward scoreless for just the second time in her career. In what will likely be yet another defensive battle, it will be key for Ellen Nystrom, Gritt Ryder, and Caitlin Duffy to again limit the amount of open looks Woodward gets.

Keys to a Wyoming win:

Get Marquelle Dent into the paint: The Cowgirls’ lightning-quick guard is averaging 10.5 points and 4.7 assists per game. If she can get in the lane and draw the help-side defense of Martin or Elin Gustavsson, she will have a field day finding teammates for easy baskets.

Attack early and often: In their 75-49 win over the Rams on Feb. 22, the Cowgirls constantly went after the Rams, finding a bevy of good looks off of penetration. In what can be a very tough arena to shoot in at the Thomas and Mack Center, it will be paramount for the Cowgirls to find a rhythm early if they want to upset the top-seeded Rams.

Force CSU ball handlers to their weak hand: It is no secret that CSU’s offense runs through the hands of Gritt Ryder. The junior guard likes to initiate the offense dribbling to her right, something most teams allow her to do. If the Cowgirls’ can force Ryder to simply go left, they will find a number of opportunities for steals and deflections.