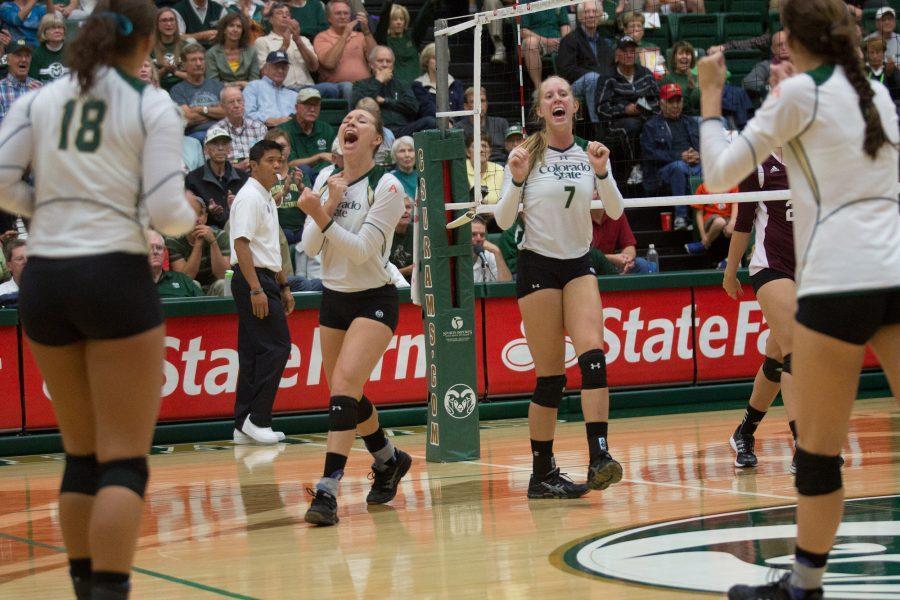 open try-out this past weekend. The Rams competed against 290 of the top players in the country for a chance to play on this summer’s U.S. Collegiate National Teams.

Try-outs began Friday at 2 p.m. at the U.S. Olympic Training Center for middle blocker Acacia Andrews, libero Jaime Colaizzi, outside hitter Adrianna Culbert and middle blocker Kelsey Snider. With 48 open spots, 12 players will travel to China for a series of training sessions and matches while 36 will train and participate at the 2014 USA Volleyball Girls Junior Nationals.

“When you’re competing for a USA Volleyball program you have to be good all the time,” CSU associate head coach Brook Coulter said. “Being part of this program, whether it’s the tryout or the Collegiate National Team, will help these girls form that attitude of being the best they can be. It’s the expectation of being great all the time.”

Snider hopes the third time is the charm. She tried out as an outside hitter her first year and has transformed the last two years into what she calls a confident middle blocker. Snider  felt this year’s experience was the best.

While feeling good is often not enough, to make the U.S. Collegiate Nationals Teams Rams the Rams needed to be at their best through the last touch on Sunday, and make a lasting impression.

Players off all levels went through wash drills on Friday, specific training to each position on Saturday followed by complete scrimmages on Sunday. Players will be notified within two to three weeks and the final roster will be announced by the end of March.

“No matter what happens, it will be a great experience,” Colaizzi said. “You’re playing with great athletes and are being coached by some of the best coaches in the United States, so it’s a win-win.”