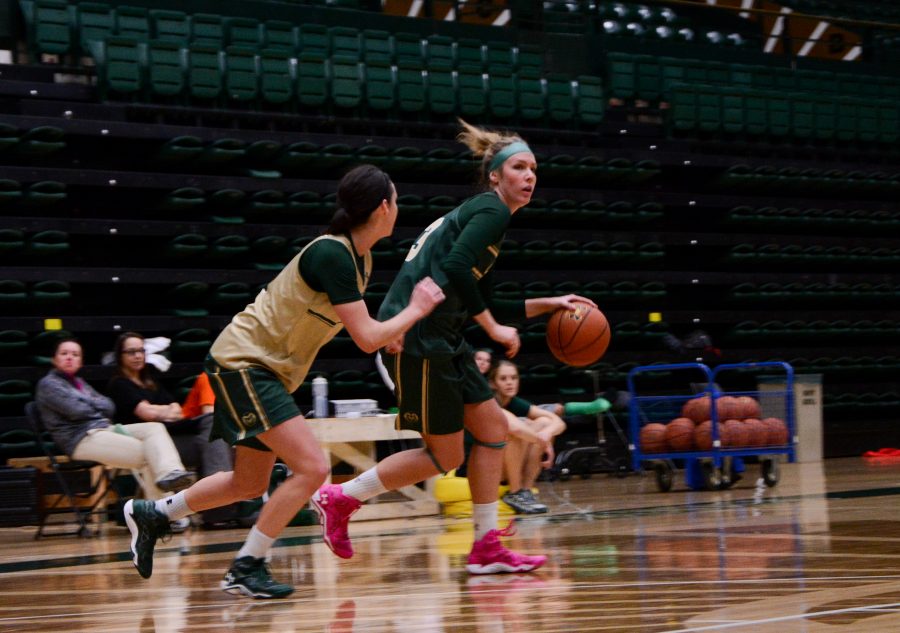 The winning streak is now at eight and the margin of victory consistently remains in double-digits, as the CSU women’s basketball team brought home another dominant win against Utah State on Wednesday night.

In their 100-75 victory over the Aggies, the Rams maintained their style of dominating the floor in the first few minutes, forcing Utah State to play CSU basketball.

“The kids were really locked in at the start and we do talk about fast starts,” head coach Ryun Williams said. “We do have segments in practice sometimes where we go ‘first five minutes’ or ‘first seven minutes’ and these kids are ready to go most nights.”

In the opening minutes of the game, CSU held Utah State scoreless 14-0 until the Aggies managed to sink a basket at the 5:25 mark of the first half.

Even though the starters for the Rams maintained their level of play, it was sophomore guard Caitlin Duffy who stole the show in Logan, Utah Wednesday night. After having missed one game due to a minor ankle injury, Duffy came out on the court on Wednesday looking as if she hadn’t missed a beat.

“The injury wasn’t anything bad but it was nice to just have a couple days to rest so I could be ready to go, and it felt fine now,” Duffy said.

Duffy ended the game with 15 points and three rebounds, maintaining her role on the team as a “sixth man.”

“The starting five did a great job getting things going for us tonight and I just wanted to come in and keep that going,” Duffy said. “The girls do a great job of continually getting me the ball when I’m open, so this was just a great win for us.”

“This win on the road is really big for us, but I don’t think it has anything to do with how we will approach Saturday. I think we will be super motivated since we lost to Fresno last time, and we will do anything to get a win,” junior Gritt Ryder said. “We’re the best team in the conference and that’s what we’re going to show everyone.”

Up Next: As the Rams wrap up this win on the road, they look to their next match-up at home against No. 3 Mountain West rival Fresno State. The last loss the Rams suffered was given at the hands on the Bulldogs, as Fresno State pulled out the 60-50 win over CSU at home. Saturday’s game at Moby Arena is slated to tip off at 2 p.m.