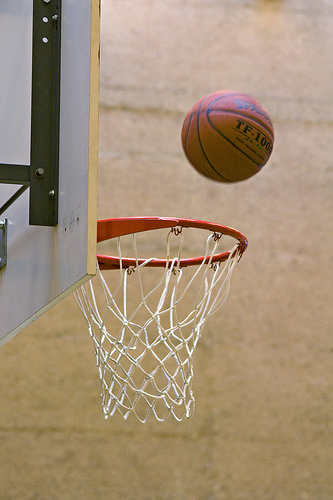 After coming off a dominant performance in Moby Arena against San Diego State University on Saturday, the Rams traveled to Las Vegas on Wednesday to make the same statement to the UNLV Rebels.

“I think we were the better team early. I think we got some good early baskets, and I think (UNLV) got tired,” head coach Ryun Williams said. “Our zone to start the game was exceptional. It was active. We got deflections, we were on shooters, we rebounded really well and that was the reason why we started to get some separation.”

In its matchup against the No. 4 Mountain West ranked Rebels, CSU extended its winning streak to six by sealing a 66-48 victory.

“This is a tremendous win,” Williams said. “And how they did it defensively in the second half was great.”

The Rams’ largest lead in the game was 22 points, while they managed to hold their opponents to eight scoreless minutes in the second half.

With forward Elin Gustavsson sinking 12-21 of her shots of the night and double-digit points from Gritt Ryder and Sam Martin, the Rebels never had a lead larger than three points. The CSU defense was incredibly effective throughout the night in which UNLV’s last lead of the game expired with 14:43 left to go in the first half.

“I don’t know if I’ve ever coached a better cutter or seen that good of a weak-side cutter than Elin,” Williams said. “And you know what, her teammates did a nice job of delivering her the basketball.”

With the Rams making this statement on the road against a highly competitive conference match-up, CSU looks to continue the fast-paced performance and continuing win streak.

“I don’t feel like we need to do anything different,” Gustavsson said about her team’s continued performance. “I think we’re just going to have fun, play hard and practice and just continue to play together as a team.”