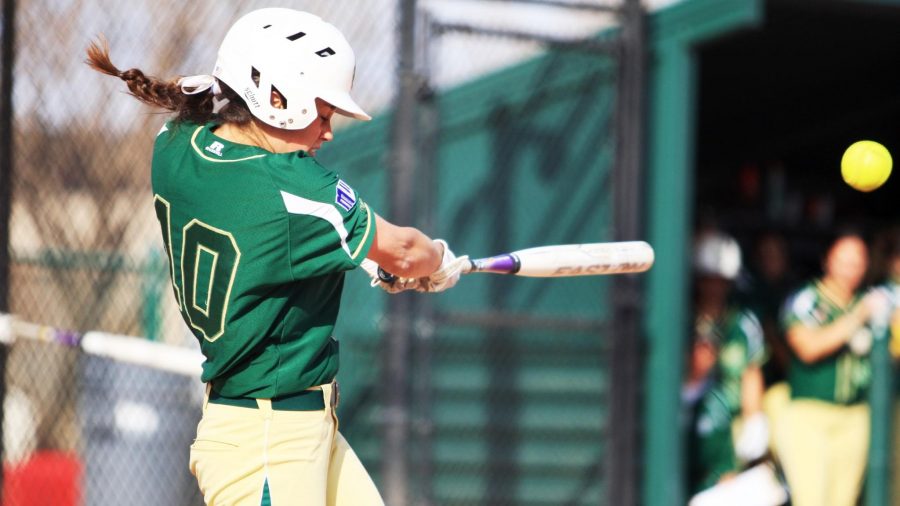 In the second weekend of play, the CSU softball team came out swinging at the UTSA Classic in San Antonio, Texas. The Rams headed into the weekend looking to continue a winning record while defeating leading competitors: Rutgers, Okalhoma State, Whichita State and UTSA. At the end of the weekend CSU came close to accomplishing its goal.

While CSU struggled last season to hit the ball and get runners home, a strong performance in the field and at the plate by Ashlie Ortega and Chelsea Biglow gave CSU a 3-2  at the classic and 7-3 on the season.

“We battled really well,” head coach Jen Fisher said. “I thought we hit the ball hard. It was weird playing on a time limit, because we knew we had to drop dead at 11:30, and with us being behind we didn’t want to make a lot of changes because we wanted to give ourselves every chance to hit in the seventh.”

Down to its final strike in the bottom of the seventh-inning, CSU rallied back to win 4-2 with one out to spare. With a 2-2 count, pinch hitter Molly Randle singled to second base to extend the game, followed by Haley Hutton single to left-center. CSU then tied the game on a two-run triple by Ortega.

“That was big,” Fisher said. “I’m so proud of our team for the way they continue to fight. They never gave up.”

The will to fight through each inning, strike and pitch gave the Rams a boost in the right direction. Though CSU fell to Oklahoma State University, the battle did not end until the seventh-inning. OSU went up 4-0 in the second on a gland slam only to later go up 6-0 in the top of the six. Trailing by six with a half dozen outs to go, the Rams rallied the bats, but CSU fell 6-3.

CSU bounced back. In five steady innings of play, the Rams came out on top with a gland slam blast from senior Chelsea O’Connor. When CSU gets on base it is making opponents pay this season with the extra snap of the bat. The bats continued to swing against UTSA but faultered in a rematch against Rutgers.

“We’re not quite as crisp on Sundays with our pitching,” Fisher said. “I think we were missing our spots a little bit, and we used all three pitchers. They’ve been doing a tremendous job, but that’s going to be our goal for the week, to make sure we are as crisp on the mound on Sunday as we are the first game out on Friday.”