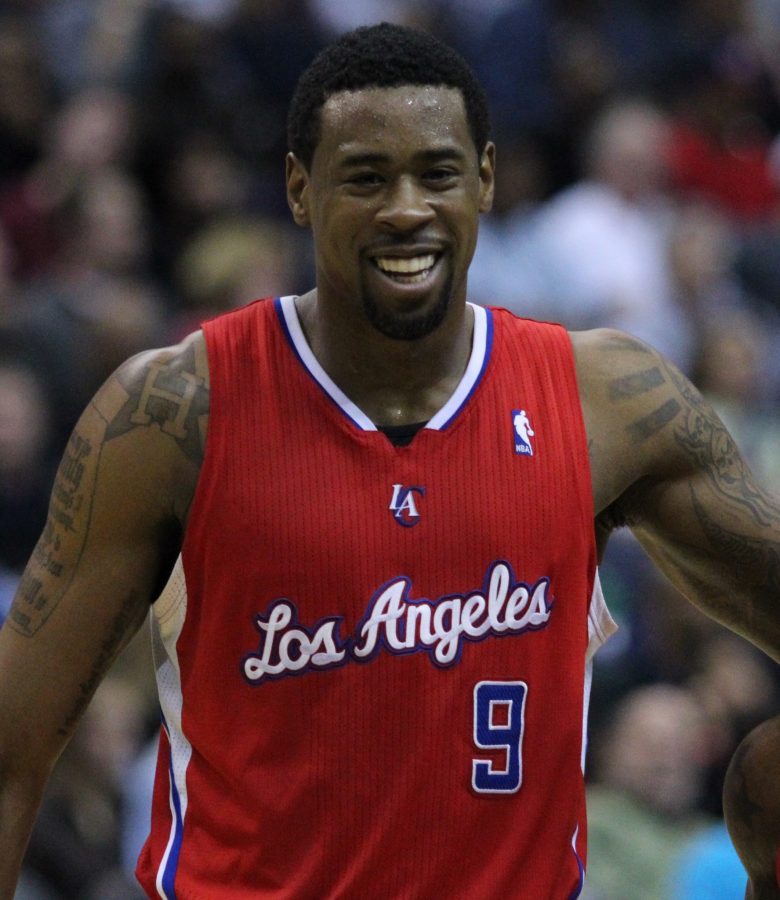 DENVER- DeAndre Jordan is one of the most explosive centers in the NBA. It was just last season that Jordan dished out one of the filthiest dunks in NBA history on Brandon Knight, leaving the basketball-world in awe.

Jordan, and the star-studded Los Angeles Clippers, were in Denver Monday in a Western Conference dual. The game finished with one of the biggest shots of the year by Randy Foye, nailing a buzzer-beater from three for a Nuggets win.

Prior to the game, DeAndre Jordan took a few minutes to sit down one-on-one, where the typical discussion of high-flying dunks that surrounds DeAndre was put on hold in order to discuss the life off of the court for an NBA star.

DeAndre had nothing but positive things to say about both Brett and CSU, claiming that Fort Collins gave his younger brother an outlet for success.

“It was cool. I was happy that he was able to go to a college and play the sport that he likes to play,” DeAndre said.

DeAndre, playing for the Clippers, is typically in-season throughout the typical collegiate school year. Although he knew that he wouldn’t be able to attend most of CSU’s games, he was pleased to know that Brett had picked a campus that was near an NBA franchise (being the Denver Nuggets.)

“With Denver only being 45 minutes away, we knew he would be able to see me play two times a year.”

With the 82 game NBA regular season spanning throughout the entire college football season, DeAndre expressed his displeasure in not being able to see his brother as often as he would like.

“Since our season is kind of weird, I don’t get to see [Brett] as much,” DeAndre said. “Whenever he is there, I’m in season and not near offseason.”

DeAndre hasn’t had the opportunity to visit the CSU campus in Fort Collins. However, plans are in the making to change that following this NBA season.

“I’m definitely planning on getting up there this summer when he is doing his summer training.”

Although the life of an NBA player is consumed with constant travel throughout the country, DeAndre has still allotted time out of his schedule to root for the Rams.

DeAndre made sure to watch the New Mexico Bowl, where the Rams charged from behind under the guidance of Head Coach Jim McElwain.

“I watched the bowl game. I was on the edge of my seat for a little while,” DeAndre said. “I was happy that they came up and ended up winning.”

Due to McElwain’s media policy at CSU, Brett wasn’t available for comment. However, DeAndre spoke in-part for Brett, expressing his brother’s excitement to play for the green-and-gold.

“Earlier we were at dinner, and he told me ‘man I can’t wait to get my ring’. He’s excited to play next year. All my brothers are doing well, which is all I could ask for, and hopefully they continue to excel.”

Dillon Thomas is your inside source to the Denver Nuggets and the NBA. Follow him on Twitter: @DillonMThomas