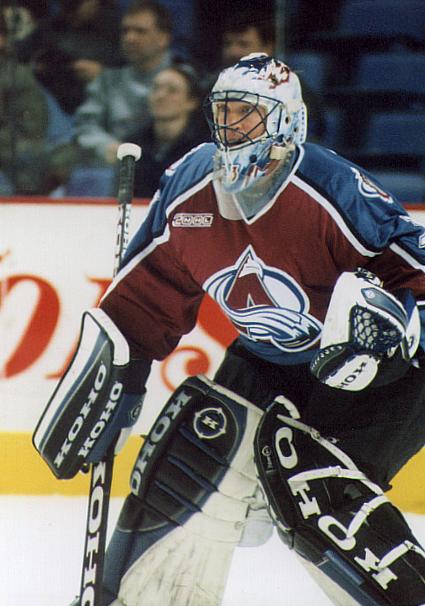 I’ll admit that since October, I’ve forgotten we have three other major professional sports teams in Denver.

But we’re now in the second week of February. Peyton Manning won’t be throwing passes for several months.

Need another Denver team to root for until then?

The local hockey players down at Pepsi Center took the NHL by storm in the first half of the season.

Many projected the Avs to finish near the bottom of the conference once again.

Joe Sakic and Patrick Roy brought the former hockey powerhouse back to relevance. And that’s an understatement.

Through 58 games, the Avs rank fifth in the West with a 37-16-5 record. They’re 10-5 during their last 15 games. And maybe most impressively, they’re tied for the second most road wins in the NHL with 18.

But he did make possibly the gutsiest coaching hire in all of Denver since I can remember. That includes the Rockies, Nuggets and Broncos.

Roy never coached in the NHL prior to this season. We all knew him as the fearless goaltender that turned into a fiery coach in junior hockey.

I think it’s safe to say that Saint Patrick will be the Avs coach for the next decade. From pounding on the opponent’s glass to having the occasional spat with his goalie, Roy has created a coaching personality unlike any other in the league.

Roy alone could bring back the days when Pepsi Center sold out every game in the 2000s.

When the Avs won the Stanley Cup in 2001, I was a huge fan. I watched the likes of Peter Forsberg, Milan Hejduk and Ray Bourque play in some of the most entertaining games in Denver sports history.

But after the lockout, I began to lose interest. Granted, the Avs made the playoffs on occasion. But the excitement wasn’t there anymore.

I still haven’t watched an entire Avalanche game in probably a decade. But the passion of Roy and the unbelievable play of the team have slowly lured me back.

Here’s the scoop on this bunch.

Matt Duchene is having a breakout year, leading the Avs with 50 points. Team captain Gabriel Landeskog ranks first on the club with a 16 plus/minus.

Nathan Mackinnon, the first overall pick in last year’s draft, has ‘star’ written all over him. Even when he doesn’t score goals, Mackinnon is often the most dynamic player on the ice.

Then there’s Alex Tanguay, the one player on the Avs roster that was a member of the 2001 Stanley Cup team. Just back from an injury, Tanguay seems to have found the fountain of youth with his former club.

The Avs have proven they can score with relative ease. But their most important player has been the goalie.

Semyon Varlamov ranks just 12th out of 20 goaltenders that qualify in the goals against statistic.

Take a closer look at Varly and you’ll see that only one other goalie in the conference has had to stop more shots. Varlamov totaled a whopping 1,327 saves in comparison to goals against leader Josh Harding, who has 644.

Playoff hockey provides some of the best games any sports fan can watch. One reason is because low seeds can upset top seeds in any series.

But in order to advance, a hot goaltender is required. Varlamov played out of his mind in the first half of this season.

Then again, so did this team as a whole.

After several years of average and mediocre teams, Denver can proudly say that professional hockey is getting back to old form.