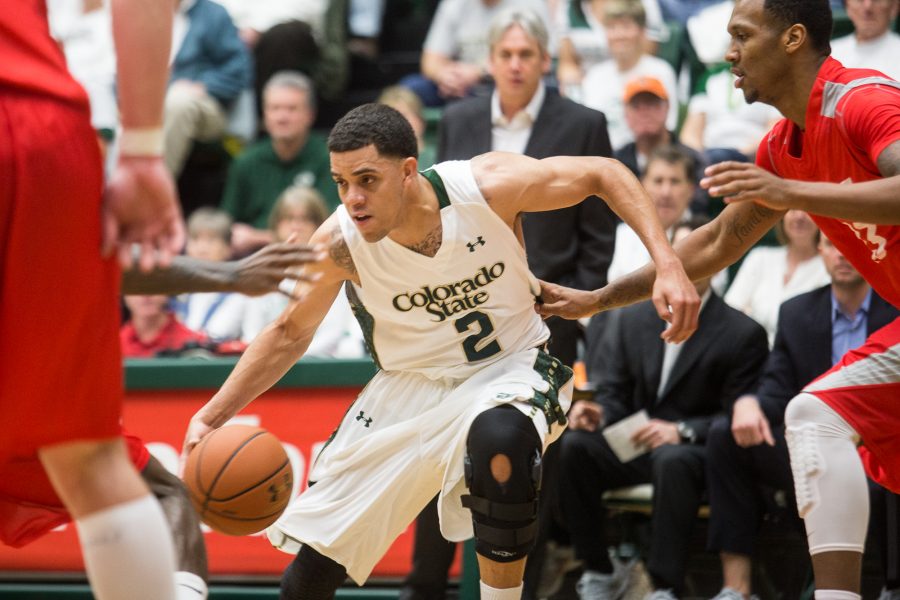 All season, Larry Eustachy has preached the importance of opportunities to his young team. Saturday’s rematch with Mountain West rival New Mexico was another one of those opportunities, but the Rams simply couldn’t capitalize, falling 68-66 to the Lobos in front of an announced crowd of 5,592 at Moby Arena.

Despite not having the services of standout forward Alex Kirk, the Lobos (15-4, 6-1 MW) made just enough plays down the stretch to pull out a nail-biter that was contested until Daniel Bejarano’s buzzer-beater hit the side of the backboard as the clock hit zeroes.

On an afternoon when star forward JJ Avila struggled mightily from the field, shooting just 1-12, it was yet another strong performance by Bejarano that kept the Rams (12-8, 3-4 MW) in this one and ultimately gave them a shot to win. While only shooting 6-16 from the field, Bejarano came up with buckets when the Rams needed them including two first half 3-pointers that propelled CSU to a 27-24 lead at the break.

Despite shooting just 28 percent from the field in the first half, the Rams controlled the offensive glass pulling down 10 offensive rebounds that led to nine second-chance points. Defensively, CSU did a good job keeping star guard Kendall Williams under wraps, holding him to just four first half points on 2-9 shooting.

However, it was a different story in the second half as Williams exploded for 19 points on 5-6 shooting from behind the arc. While foul trouble limited star center Cameron Bairstow to only 16 minutes in the second frame, Williams found a rhythm and thwarted multiple CSU runs with timely baskets.

“They didn’t do anything differently in the second half, he’s just a good player that stepped up and made some shots,” Bejarano said of Williams. “He and Bairstow really used the ball screen well and it was a challenge for us to defend that but he just kept hitting.”

Even with Avila’s struggles and Williams’ strong second half, the Rams were within two points with 40 seconds to play when a shot clock error occurred that left no time difference between the shot and game clocks when replay showed there should have been about a five-second difference between the two. Without knowing the situation, CSU coaches instructed their players not to foul until Joe De Ciman realized the error with 10.1 seconds left and fouled Williams.

“We weren’t going to foul. Five seconds is plenty of time to drive it up the court, if you have one hard stop, you have enough time to get a shot to win the game,” Eustachy said. “All of the sudden I look up and it says 19 seconds on the shot clock and it says 19 seconds on the game clock. And that shouldn’t have been the case. I think I’ve done it long enough to know in my mind what we should be doing and not doing.”

After Williams hit one of two from the free throw line with 6.1 seconds to go, Bejarano drove the right baseline and floated a shot that hit the side of the backboard and went out of play as the buzzer sounded.

But regardless of the result, Eustachy and Bejarano both praised the efforts of a team in the midst of a rebuilding season.

“I’m really proud of these guys,” Bejarano said. “We really came ready to play as a team when we left the locker room and we battled the entire game. In my mind, this is a win for our team even if the scoreboard doesn’t reflect that.”

What’s next: CSU travels to Nevada for a Wednesday night matchup with the Wolfpack at 8 pm that will be broadcast online on the Mountain West Network.