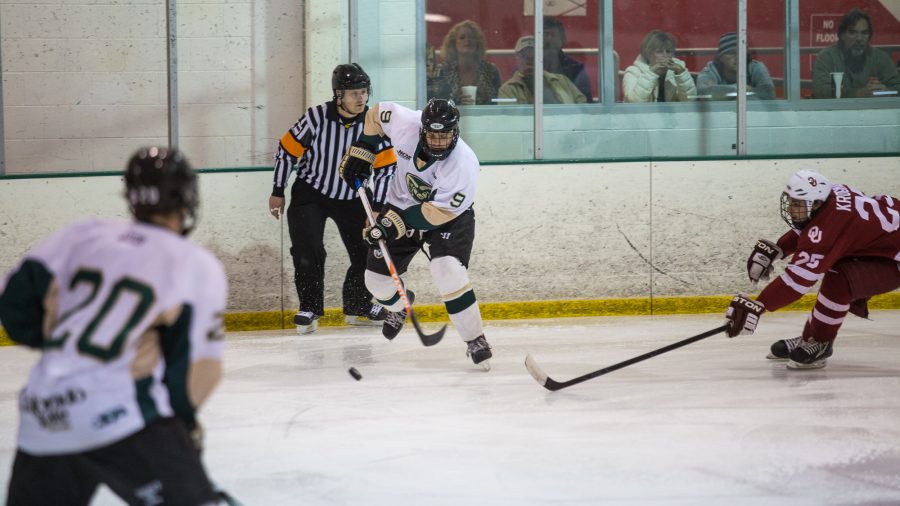 Editor’s Note: A previous version of this article stated that Burkhard has previously worked for the “Mesa State” ice hockey and that he left the hockey team after failing a reference check. Both of these statements have been corrected. The Collegian regrets its error.

With any successful team lies a strong foundation. To have an all-star goalie, the fastest forwards in the league and a defensemen who serve as a wall against any opposing offense, there needs to be a support system in form of head coach.

For the Colorado State Division I club hockey team, a coach has not been the strong foundation this young team needs. CSU went into the break looking for its third head coach in a month and a half.

“I don’t think any of us were concerned about not having a coach, I knew that things would pan out,” assistant captain Jordan Gnatowsky said. “I think we can still play the same game moving forward because everyone knows we need to play desperate every single game from here on out.”

CSU will look to move in the right direction, a winning one, with another road series ahead of the Rams this weekend. A familiar name for hockey and the Colorado area, Ken Fikis will step in to be the head coach for the remainder of the season. Fikis previously coached down the road for five years at CU-Boulder before coaching the Rams.

This is Fikis’ second year in the program as he started the season as the assistant coach before stepping into the head coaching job in mid-January.

“To tell you the truth, nobody else wanted it,” Fikis said. “The team could not get anyone else to do it on such short notice. So in order to save the team from closing, I jumped in and decided to pitch in and give them a hand.”

The Rams previously released head coach Kelly Newton days before the final series of the fall semester. The team felt the direction Newton was taking them in was not the path the Rams had envisioned going on.

In the final games against Oklahoma, CSU was coached by Gregg Burkhard. While each player had nothing but excitement about the new addition, Burkhard found himself hanging up the green and gold early. Burkhard did not return to the ice as head coach and the Rams headed into the holiday break without a coaching staff.

“I think everyone knows it is a desperation mode,” Gnatowsky said. “I think we have nine games left and we still have a shot at nationals. I think everyone is confident.”

Despite the troubles in a coaching staff the team has faced half way through the season, each player is ready to lace up and just play hockey. With an entire half of the season on the horizons for CSU, there is time to move up in the national ranked, currently at No. 26.

The Rams have won four of their last six games. Defeating Denver University (D2) and No. 9 Adrian College, CSU has taken the first step forward with Fikis.

“The kids still play hard and I know it is a challenging schedule, we play seven games in ten days,” Fikis said. “They are giving it everything they’ve got and they are playing hard.”

Sports Reporter Haleigh Hamblin can be reached at sports@collegian.com