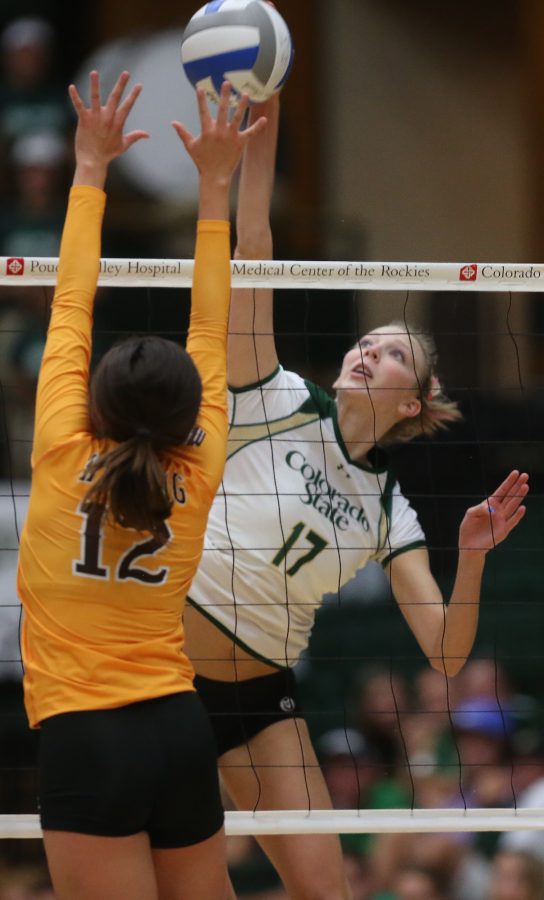 When volleyball fans return to Moby Arena for the 2014 season, a familiarface willnotbe returning to the sideline.

Freshman outside hitter Michelle Lawrence has announced that she is leaving CSU in order to move closer to her hometown in California. A native of Walnut Creek, Calif., Lawrence has not confirmed where she will be transferring for the fall.

Lawrence’s career as a Ram started in the fall where her height, dedication and ability to post kills significantly impacted the 28-2  record-breaking 2013 season in which she was a momentum changer and rally builder.

With a concern of replacing the freshman, CSU has filled the vacancy with Sanja Cizmic. With credentials to back up her 6-foot-1 height, Cizmic was named as the all-conference player last year and represented Croatia in the Junior Volleyball Championships.

“Sanja is an incredibly seasoned player,” head coach Tom Hilbert said in a statement released by the athletic department. “She’s physically good, as well, so I think she’ll come in and immediately compete for a starting position with our team.”

Without confirmation on a starting position, Cizmic will compete against current outside hitters Marlee Reynolds, Kaila Thomas and Adrianna Culbert for a chance to be on the court.

Sports Reporter Haleigh Hamblin can be reached at sports@collegian.com