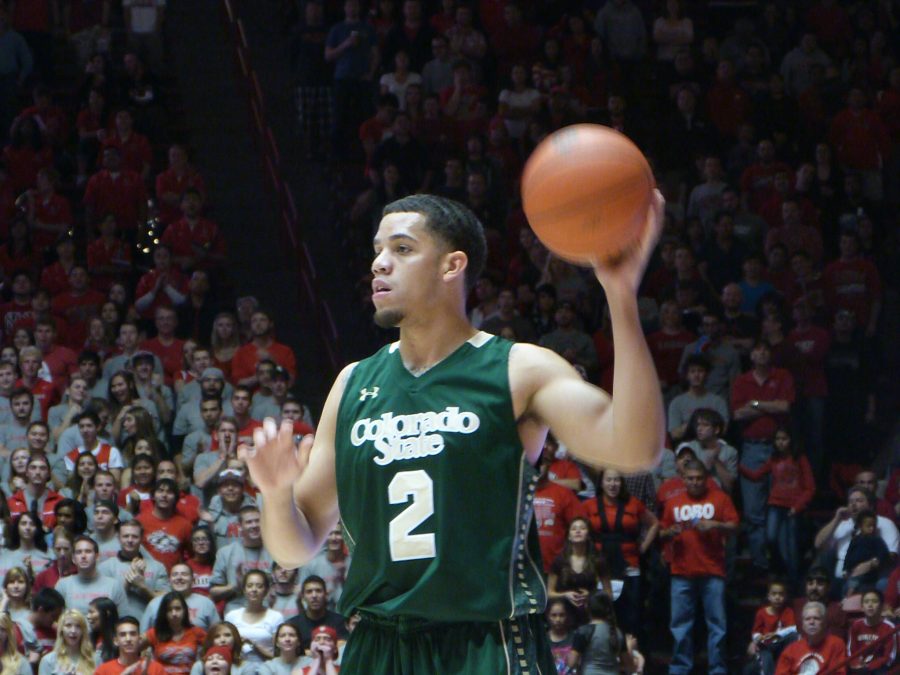 Basketball is known as a game of runs and Saturday night at Moby Arena was no different. Behind a dominant rebounding performance and a series of long runs the CSU men’s basketball team rolled to a convincing 76-57 win over visiting Fresno State.

It was yet another milestone night for JJ Avila as the junior from McAllen, TX poured in 13 points along with 17 rebounds to put him over 1,000 points in his career. Avila was one of four Rams in double figures with guards Jon Octeus and Daniel Bejarano adding 19 apiece as well as 11 points from Gerson Santo.

After starting fast Wednesday night at San Jose State, the roles were reversed as Fresno State opened the game on a 12-4 run forcing CSU head coach Larry Eustachy to a call a timeout in which he laid into his team for their lack of intensity. From there something clicked as the Rams (11-6, 2-2 MW) used a 29-6 run midway through the half to take a 38-27 lead into the break. Despite 14 points from senior guard Tyler Johnson, the Rams held Fresno State in check holding to them to just 40 percent shooting in the first frame.

“It always starts with our defense,” Avila said. “Once we get locked in it really translates to the other end and Coach really got into us about that during the timeout.”

CSU never trailed in the second half although the Bulldogs (8-9, 1-3 MW) pulled as close as five on a three-pointer by guard Cezar Guerrero with ten minutes to play. From there the Rams used an 18-4 run to close it out that included holding the Bulldogs scoreless for the final 7:50 of the game.

Even with their early struggles the Rams managed to hold the Bulldogs to 34 percent shooting while also dominating on the glass with a 43-27 advantage including 11 offensive rebounds leading to 12 second chance points.

Despite the early hole they dug themselves, Eustachy was again impressed with the resolve of his young team.

“I thought we got away from who we were there a little bit and that’s why they were able to keep it close,” Eustachy said. “But we were able to get back to how we play and it was just a better quality of basketball. This is a really good team we beat tonight in my opinion.”

After starting Mountain West play with two losses to perennial contenders San Diego State and New Mexico, the Rams have won two in a row as they go back on the road Wednesday night to face a talented Utah State squad. Wednesday’s game tips off at 7 pm and will be broadcast on the Mountain West Network.

Men’s basketball beat reporter Keegan Pope can be reached at sports@collegian.com or on Twitter @kpopecollegian.