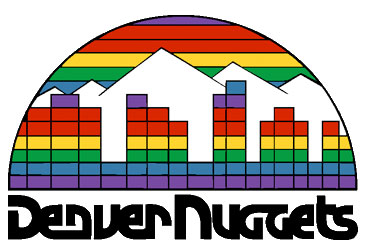 “Some of the darkest times in Nuggets’ franchise history came in the years that the Broncos won the Super Bowl.”

DENVER- 2009 was the year to shine for the Denver Nuggets. Fresh off the acquisition of hometown hero Chauncey Billups in a trade for Allen Iverson, the Nuggets surged into what would be one of their greatest seasons in franchise history.

Chauncey Billups, between the Nuggets and Pistons, had lead his team to the Conference Finals for his 7th straight year. The city of Denver had their biggest “Gold Rush” for Nuggets since seemingly the 1850’s.

Meanwhile, down the road, the Denver Broncos were amidst a transition period. Newly hired head coach Josh McDaniels was butting heads with every player he could lay his eyes on, and the team finished with a mediocre-at-best record of 8-8, missing the playoffs.

Unlike the city of Boston, the city of Denver has never been labeled as a championship-known town. Although the city has had its share of trophy winning squads (i.e. Rapids, Broncos, Avalanche, Mammoth, and the Crush), Denver has never emerged as a consecutively dominant-winning place for athletics.

Present day, the city is on fire for the Broncos. Tebow-mania came and went. Today’s Broncos, statistically, are the best team the city, and the NFL as a whole, has ever seen.

As the Broncos prepare for the last few days until Super Bowl XLVIII in New Jersey, the Denver Nuggets are straggling behind in the media coverage, rightfully so.

Surviving at a disappointing 22-21 record, the Nuggets are nowhere near the competitor that they were in the 2008-2009 season. Which made me think, does history suggest it possible that the city of Denver cannot have a simultaneous dominance between the NBA and NFL? Let’s dive into the past.

The Denver Broncos are set to play in their 7th Super Bowl in franchise history Sunday. Revisiting the previous 6 Super Bowl appearances, one may successfully argue that the city can only handle one team at a time.

In 1978, the Denver Broncos made their first trip to the Super Bowl. That was the first, and only, season in which the city of Denver had two successful programs. Although the Broncos would go on to lose the championship game, the Nuggets weren’t far behind, falling short in the NBA Conference Finals.

Between those four seasons, the Nuggets would maintain a winning regular-season record of 184-144. While the Broncos were continuously fighting for championship rings, the Nuggets managed to find themselves getting the boot from the playoffs in conference play.

That may not seem too scary of a turnout to many. Heck, Nuggets’ fans today are pretty much used to first round exits by the team. But, some of the darkest times in Nuggets’ franchise history came in the years that the Broncos won the Super Bowl.

The Denver Broncos, led by legendary quarterback John Elway, won back-to-back Super Bowls in 1998 and 1999. While Elway and the gang were riding floats in parades and “going to Disney World”, the Nuggets were at their worst ever.

The Nuggets only won 25 games combined between those two seasons. They would later crash at a franchise worst 107 losses between 2 seasons.

Both Broncos’ title years, the Nuggets did not make the playoffs.

Fast-forwarding to the present, what does this mean for today’s Nuggets?

The superstitious, not including myself, could possibly argue that the turnout of Sunday’s game may impact the wellbeing of the Nuggets. While others may simplistically say “the past is the past”.

Either way, the Nuggets are struggling as of late. They can manage to beat some of the best teams in basketball, yet can’t find their mojo against the mediocre.

The team is on pace to miss the playoffs as of right now. While they delve for answers on how to turn this season around, the Peyton Manning-led Broncos are staring down the road to a championship. I’m sure it is safe to say the Nuggets’ loyal probably aren’t using past-victorious Broncos’ Super Bowl outcomes against the team this upcoming Sunday.