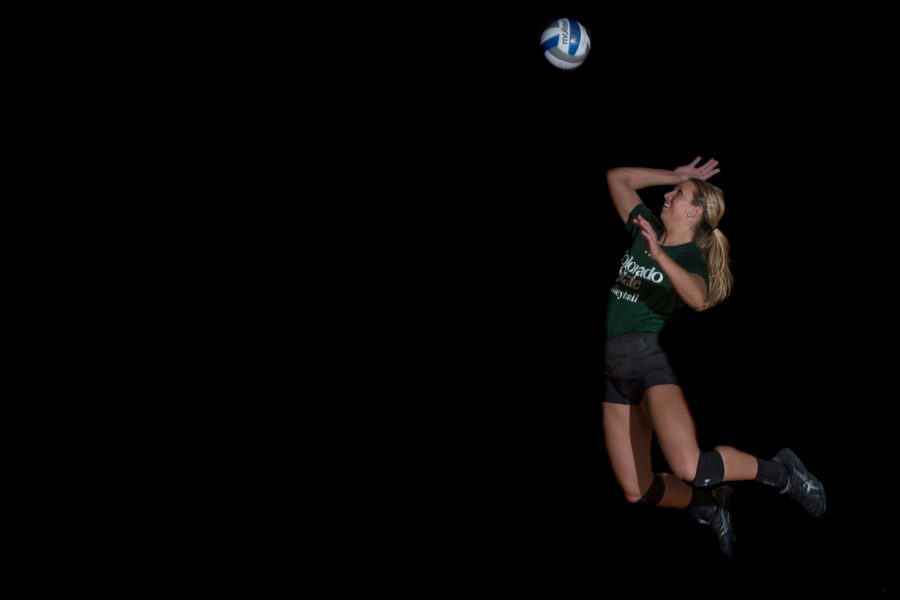 The time has come to put away the net, hang up the uniforms and pull out the graduation caps. The season may have ended just six days ago for the team, but the careers of three seniors from this year’s CSU volleyball team are just about to begin.

With one semester remaining for Samantha Peters, Cayla Broadwater and Michelle Smith, the success of the 2013 season is anything but easy to part from for the Rams.

“It is hard to leave for sure. I do not know if it would have been harder if we had a bad season or this amazing season and knowing that I am done with it,” Peters said. “I really could not ask for anything more. These are an amazing group of girls and coaches, it has been perfect. The blood, sweat and tears all paid off as they say.”

The three seniors did their part in reaching the best start in program history, CSU’s fifth-consecutive Mountain West title and the 19th straight NCAA appearance, a year with little expectations that moved forward with the support of the graduating athletes.

Though the seniors will be considered Colorado State alumnae come graduation in the spring, these players do not plan on traveling far from Ram country.

“I am doing an internship here for Rams Marketing and I am hopefully going to figure out a little bit more of what I want to do,” Peters said. “I am deffinitly going to keep coaching and hopefully stay in the Fort Collins area.”

While Peters is looking to stay local, Smith will be traveling south where she will pursue her career at home in Denver.

“I am going to be working for E & J Gallo Winery as part their management program,” Smith said. “That is my next step after college and I will be assistant coaching at NORCo volleyball club. I actually do have a plan after college which is really exciting.”

The destination is still unknown for Broadwater, though she is pursuing graduate school come fall  for guidance counsouling.

“I would love to stay here at CSU, I feel like I just got here and I am not ready to leave yet,” Broadwater said

Over the season fans and coaches have been able to watch Peters block and kills balls on the opponents, gasp as Smith dove across the floor for a game changing dig and cheered as Broadwater stepped into the match to be the change in momentum for CSU. These players will be remembered for the team’s success in the following seasons to come.

For head coach Tom Hilbert, his job not only is to find replacements for the three seniors but also to find players that will fill a spot on the team who have the entertainment and personality he found in Smith, Peters and Broadwater.

“All three of them have played significant roles on this team. Whether their role was as a leader, practice players or starters. People have to step up into those roles,” Hilbert said.

With shoes to fill for the upcoming season, Hilbert will be challenged with finding players he has a connection with after watching these seniors play over the last season and many previous years as a Ram.

“There are some players that I really feel like man this is a great kid and I have enjoyed having them around,” Hilbert said. “I feel like this whole senior class has been like that. I am going to miss them.”

Not exactly a rebuilding year for CSU volleyball

CSU volleyball closes out regular season with sweep of UNLV