Coach Larry Eustachy says thanks with “Ram For A Day” promotion 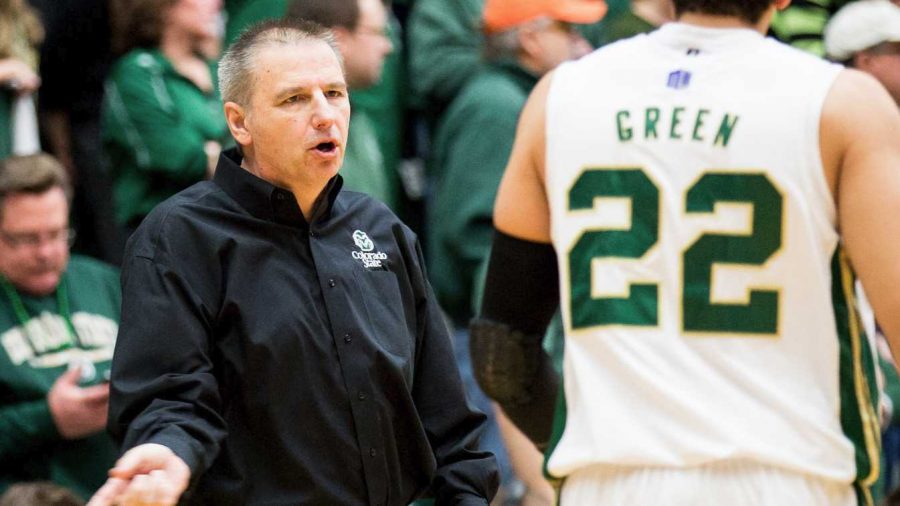 Ram fans, Larry Eustachy would like to say, “thank you.”

But instead of sending you a cheesy e-card or group text like most of your friends or family, the CSU men’s basketball coach and his program are offering the “Ram For A Day” student promotion. After a near-sellout crowd came to Tuesday night’s matchup with in-state rival Colorado, Eustachy came away so impressed that he wanted to up the ante for next Wednesday’s home game against rival Denver at 7 p.m.

“The energy in Moby Arena since I arrived in Fort Collins has been amazing, and that is all generated by the incredible student support that we receive,” Eustachy said. “They are the reason that Moby Arena is regarded as one of the most intimidating home courts in the nation, and I want to thank the students of CSU for their role in our program’s success by giving a lucky fan a chance to be an honorary member of our team for a day.”

As part of the promotion package, one lucky CSU student who attends Sunday’s home game against Southwestern Oklahoma State will:

Receive official CSU men’s basketball Under Armour gear.
Be invited to attend the Rams’ pregame shoot around and team meal.
Be on the court with the CSU players and staff during pregame warmups.
Be in the men’s basketball locker room to view first-hand Coach Eustachy’s pregame pep talk.
Join the team as they run out onto the court leading up to tipoff vs. the Pioneers.
Receive two of Coach Eustachy’s courtside tickets to watch the game with a friend directly behind the Rams’ bench at Moby Arena.

Every CSU student that attends Sunday’s game will receive one raffle ticket that will enter them for a chance to win the package. The winner will be chosen on the court during the second half of the game.

However, if you are a premium member of Ram Ruckus, you will automatically receive two entries with your ticket purchase. Memberships to Ram Ruckus can be purchased at www.ramruckus.com

Student tickets can be picked up in person at the McGraw Athletic Center ticket office in advance of each home game. The ticket office is open Monday to Friday from 8 a.m. to 6 p.m. Students can also register online to take advantage of the convenient print-at-home option.

Tip-off for Sunday’s game is at noon.