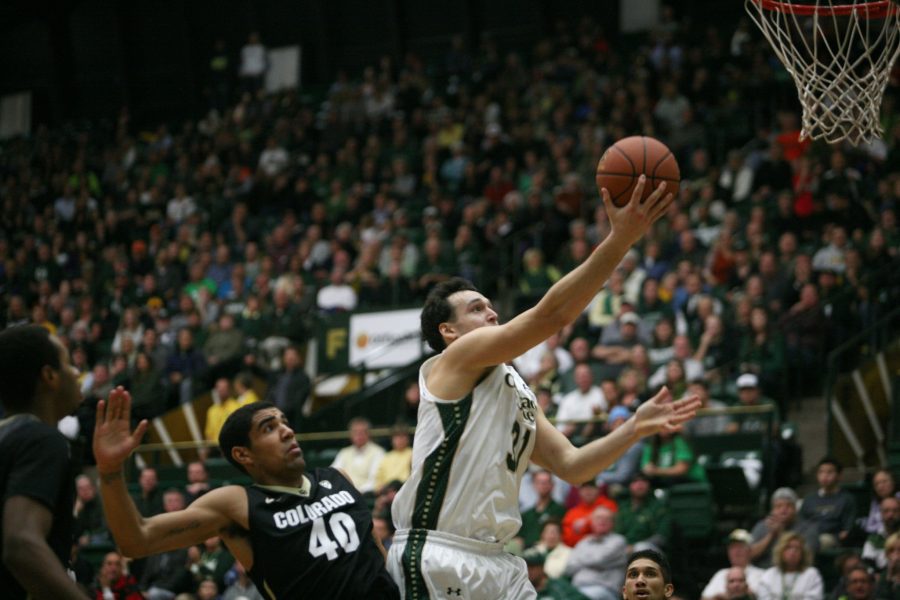 In what was little more than a scrimmage, the CSU men’s basketball team pounded Division II Southwestern Oklahoma State en route to a 109-55 win Sunday afternoon at Moby Arena.

Buoyed by another dominant performance from junior forward JJ Avila, CSU led by 24 at the half and extended its lead to total 56 points late in the second half.

Avila, who scored more than 20 points for the fifth time this season, played only 19 minutes but managed to put up 27 points on 11 of 14 shooting as well as three for three shootings from behind the arc. Avila turned things around in what he called a “confidence-building game” after struggling from the field in Tuesday’s loss to rival CU–Boulder.

“We were pretty down after Tuesday night’s game but we came out and practiced hard all week,” Avila said. “Despite the score this isn’t a bad team we played. It was nice to be able to bounce back and play the way we did; this is a good measure of our resolve.”

Although the Bulldogs narrowed the gap to 5 points at 16-11 at the 13:43 mark, this one was never really in doubt as CSU shot 60 percent in the first half while building a 52-28 lead at the break. Even with the large halftime lead, the Rams refused to let up, starting with 11-0 run to stretch their lead to 63-28 with 16:16 left in the game. From there the Rams continued to roll and got walk-ons Mike Burnett, Enrico Bueno, and Josh Morgan into the game for the highest amount of minutes in each of their respective careers.

“It was pretty neat to have those guys that work so hard in practice get some significant minutes. Stuff like that is pretty cool,” Head Coach Larry Eustachy said.

Along with Avila, five other Rams scored in double figures including a career-highs from Joe De Ciman (15), and Morgan (10). With the win, CSU improves to 7-3 on the year, a place Eustachy wasn’t sure this team would be at this early in the season.

“I didn’t think we’d be sitting here at 7-3. I thought this summer that the game against CU would be a 30-point game but this team has really surprised us. I think the best is yet to come for us,” Eustachy said.

CSU will see a big jump in the level of competition when they take on rival Denver Wednesday night at home at 7 pm. Wednesday’s game will be broadcast on ROOT Sports as well on ESPN 105.5 FM.