Broncos pony up with win against Chiefs 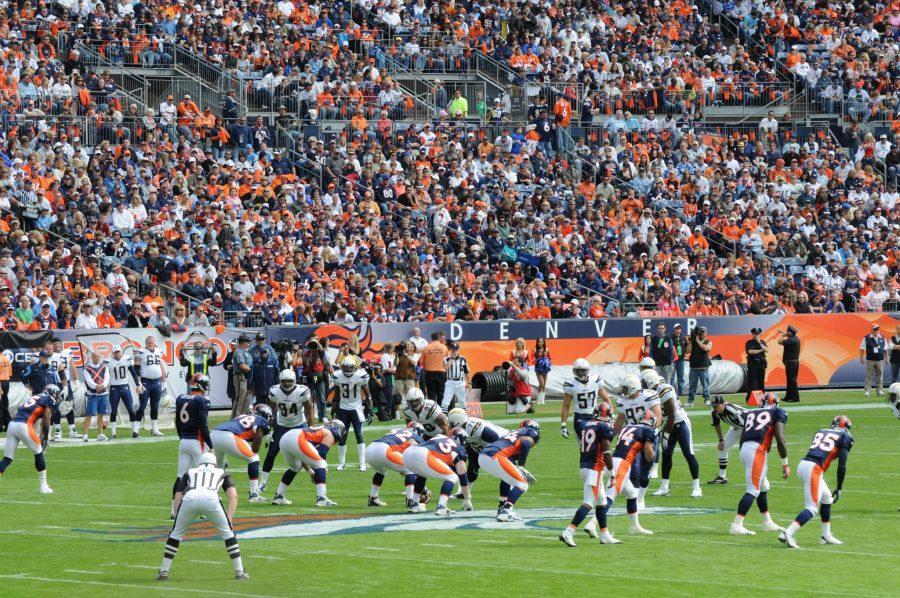 This was exactly why John Elway wanted Peyton Manning in Denver.

In his years with the Colts, Manning turned average teams into Super Bowl contenders. He helped shape the Hall of Fame careers of receivers Reggie Wayne and Marvin Harrison.

And maybe most importantly, Manning masked the flaws of some pretty pedestrian defenses of the Colts.

This season is different.

Eric Decker and Demaryius Thomas are physical freaks that any quarterback would love to throw to. Wes Welker is the best possession receiver of the last decade. Julius Thomas may be the next Shannon Sharpe. And Knowshon Moreno now plays like a man possessed.

PFM has never had the offensive firepower like he has this season in Denver.

But for the Broncos to last through the playoffs and on to East Rutherford, Manning will need to continue wreaking havoc on defenses.

He carved up the Chiefs, chopping them up with his own tomahawks Sunday afternoon.

Early on, the Broncos looked flat. It was almost as if the loss to the Patriots lingered through much of the first half at Arrowhead.

Manning threw two interceptions in the first quarter, which helped jettison Kansas City to a 21-7 lead.

PFM then proceeded to silence the raucous crowd with one perfectly thrown ball after the next. The main recipient of Manning’s daggers was Decker, whose recent performances were anything but extraordinary.

Decker’s stat line will haunt the Chiefs secondary for a long time. The former Minnesota Gopher hauled in eight receptions for 174 yards and four touchdowns.

Rookie cornerback Marcus Cooper, the cornerback opposite Decker for much of the day, could really use a hug. Or several.

The Broncos scored 28 unanswered points, reminding teams across the NFL that their high-powered offense is back with a vengeance.

Here’s what we can take from Sunday.

The Broncos were missing seven starters against a 9-2 team coming off two losses in a row. Denver stared down a possible losing streak for nearly an entire half.

With a loss, they’d risk being a wild card team and having to play in Foxborough, Indianapolis or Kansas City in January.

Granted, this defense has a ton of holes, particularly in the secondary. As much as I don’t want to admit it, Champ Bailey might be done playing meaningful snaps for the Broncos. And without Dominique Rodgers-Cromartie, the Denver defense will continue to get scorched by opposing quarterbacks.

But let’s not overlook that the Broncos went 3-1 in the toughest stretch of their schedule. Plus, the team gets a huge boost this week with John Fox returning as head coach.

The Broncos will be heavily favored the remaining four games. Regardless of how New England finishes, a 14-2 record at season’s end has Denver sitting pretty.

Three keys to the Tennessee game for Denver:

Shut down Wright. With Chris Johnson having a down year, the Titans rely on Kendall Wright to make plays in the passing game. If the Broncos can prevent Ryan Fitzpatrick from connecting with Wright a lot, Tennessee will have problems scoring.
Watch for Pollard. If there’s one guy Denver needs to be aware of on offense, it’s Bernard Pollard. A headhunting safety, Pollard will be out to knock Broncos out of the game if he has the chance. PFM needs to be careful with throws across the middle of the field.
Brave the elements! Sunday’s weather forecast in Denver projects a high temperature of 25 degrees with a 30 percent chance

of snow. Cue the discussion about PFM struggling in cold weather.