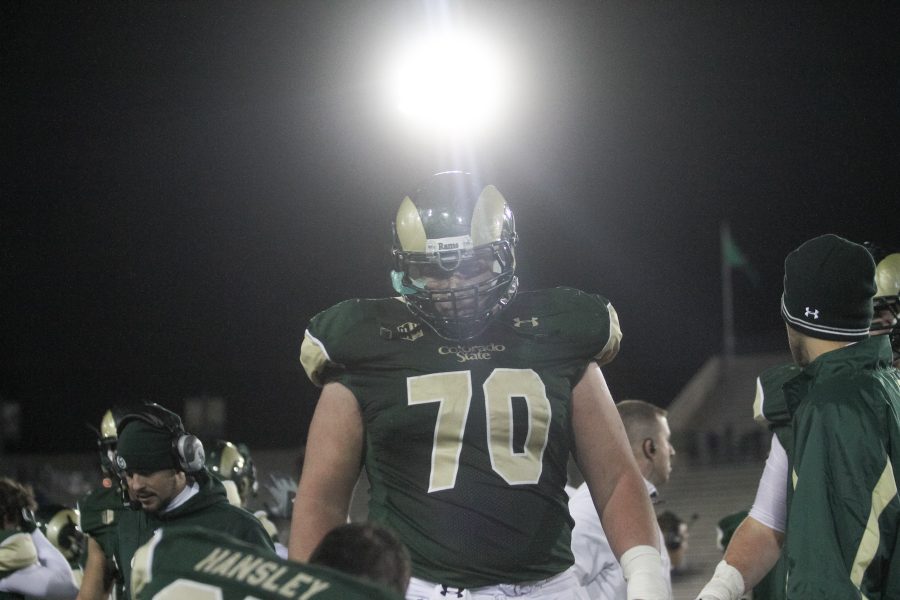 The Rams lose to Boise State 30-42 Saturday night at Hughes Stadium. Saturday night's game was the only game of the season to start at 6pm.

The first half was a quiet one between CSU and Nevada with only 13 points scored between the two teams, and ten of which came in the final five minutes of the half.

Nevada won the toss to start the game and elected to receive. The Rams forced Nevada to punt and then put together a 54-yard drive that ended in a 23-yard field goal by kicker Jared Roberts to put the Rams up 3-0.

The next score didn’t come until there was 4:11 left in the first half. Nevada put together a 79-yard drive and running back Chris Solomon took a 1-yard dive into the end zone to give the Wolf Pack the lead. The Rams answered with a 46-yard field goal by Roberts with 1:30 left to go in the half.

WATCH: Kapri Bibbs scores his NCAA-leading 16th rushing touchdown of the season early in the second half against Nevada. Nevada then answers with a 68-yard touchdown run.

The Rams defense held duel-threat quarterback Cody Fajardo to just 6 yards rushing in the first half and 83 yards passing. CSU linebacker Shaq Barrett had one sack in the first half to bring his season total to 8.5.

Today’s game against the University of Nevada Reno Wolfpack is set to start at 1:30 at Hughes Stadium. Stay up to date with your favorite Football Beat Reporters Cali Rastrelli and Katie O’Keefe with our live blog: