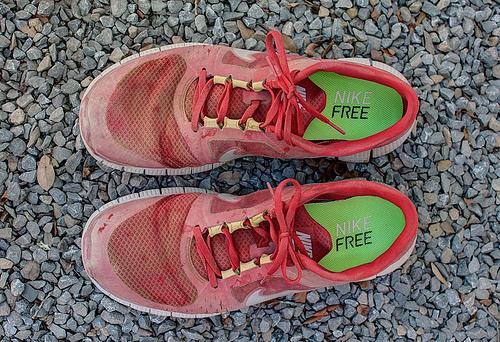 Nationals — that word hasn’t been mentioned in the same sentence as CSU cross country in almost a decade.

But after impressive performances all season, including three second-place finishes and a sixth-place finish at the NCAA Mountain Regional last weekend, head coach Art Seimers’ squad is heading to Terre Haute, Ind. this weekend to compete with 30 of the best programs in nation.

But after nine years away from the mecca of cross country running, getting back to this point was a bit of a surprise for this team.

“Every year before this, people have talked about getting to nationals, but this year it was kind of an unspoken goal for us. After getting second at (the) Griak (Invitational), I think all of us started to realize that it could really happen,” junior Andrew Goodman said.

While the Rams boast an experienced squad, with four seniors among their top six runners, no runner on this team has run at the national championships in their time at CSU.

However, Seimers has had big expectations for this team all season, and doesn’t believe he’ll see anything different than what he’s seen all year. In four of their five races, the Rams have had a different top-finisher, something senior Christian Meyer credits to the competitiveness and pack mentality of this team.

“We’re really competitive as a group. This has never been about being the lead runner, for us it’s always about the team score and where the team finishes,” Meyer said.

Leading the charge along with Goodman and Meyer, the Rams are paced by seniors Alex Muntefering and Ben Larson, along with redshirt freshman Jefferson Abbey.

For the four seniors on this squad, Saturday’s race will be the shining achievement of this group as the first senior class in nine years to reach the NCAA Championships as a team. But don’t expect this group to just be satisfied with being there, this team is looking to surprise people and show that Colorado State cross country is here to stay.

“This has been a season of firsts in many ways, but we trust coach and we believe him when he says that we can get a top-20 finish,” Meyer said.

As they head into the biggest meet of their careers, Seimers and his runners know what is at stake not only for this year’s team, but also for the future of Colorado State cross country. For the Rams, Saturday is a chance to cement their place in the program’s record books and show people all over the country that CSU is a program to be reckoned with.

“Just getting here was the goal for this year, but we have the opportunity to beat some good teams and hopefully make a tradition out of this. It’s really the pinnacle of our sports, 31 of the best teams in the country all line up and we get to see who the best teams are. We’ve been patient over the past year to get the right pieces in places and these guys have bought into what this program is all about,” Seimers said.

Both the men’s and women’s races will be streamed live via NCAA.com beginning at 10 am Saturday.

Sports Writer Keegan Pope can be reached at sports@collegian.com and on Twitter @kpopecollegian.