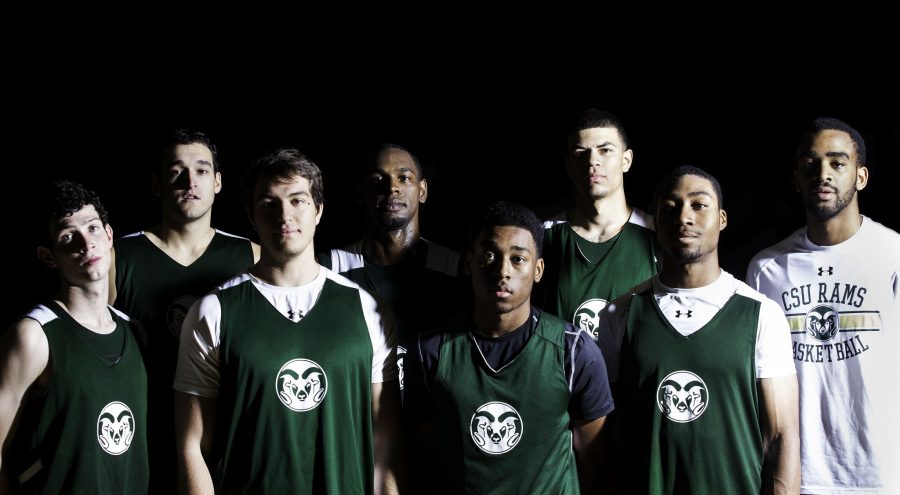 For a team with only nine eligible, healthy scholarship players this season, bringing in a strong recruiting class was key for CSU men’s basketball this fall. Along with three players currently sitting out this season due to NCAA transfer rules, Coach Larry Eustachy and his staff added even more depth to next year’s team by signing five new players, including two of the top in-state players in the class of 2014.

While there is no true headliner in this class, junior college standouts Gian Luis Clavell and Daniel Mulamba, along with Rangeview High School guard Jeremiah Paige, are expected to make a big impact for the Rams next year.

Clavell, a 6’3 guard from Northwest Technical College in Goodland, Kansas, was selected as a preseason junior college All-American after averaging 19.4 points, 6.6 rebounds, and 4.0 assists as a freshman for the Mavericks last season. Originally from Puerto Rico, Clavell committed to Ole Miss this summer, before re-opening his recruitment this fall and eventually choosing CSU over offers from Boise State, Utah State and UTEP.

“I think Gian and Daniel are two guys that could come in and be starters for us next year,” Eustachy said.

Along with Clavell, arguably the player Eustachy is most excited about, is forward Daniel Mulamba. At 6’9 and 230 lbs., Mulamba will provide a strong defensive frontcourt presence for the Rams after averaging 10 points, 12 rebounds, and five blocks per game for Southwestern Christian College in Terrell, Texas last season. As a freshman last year, Mulamba was named North Texas Junior College Athletic Conference’s Defensive Player of the Year.

“Daniel is just a man,” Eustachy said, “I think could be an ACC or Pac-12 center, he is really that good.”

As the grandson of former CSU standout and Los Angeles Lakers player Larry Paige, Jeremiah Paige, a senior guard from Aurora, chose Colorado State over offers from CU, Utah State, Wyoming and San Francisco. Paige, who was rated a three-star prospect (out of five) by Rivals.com and ESPN, will join junior forward Marcus Holt and freshman guard Carlton Hurst as the Rams’ third player from the Aurora area. As a junior in 2012-13, Paige averaged 20.2 points, 4.3 rebounds and 3.6 assists while helping Rangeview to a 20-5 record.

Joining the Rams for the 2015-16 campaign will be local standout Toby Van Ry as well as Nathan Bain, a forward from Sunrise Christian Academy in Bel Aire, Kansas. Ironically, both Van Ry and Bain will spend next season at Sunrise Christian, one of the top prep academies in the Midwest.

Van Ry, a 6’10, 190-pound forward from Fort Collins High School, played in 25 games last season for the Lambkins, averaging 11.4 points, 6.6 rebounds, and 1.4 assists while shooting almost 50 percent from the field. Bain, a 6’6, 195-pound forward originally from the Bahamas, caught Eustachy’s eye when he worked out for the Bahamas national team that Eustachy coached last summer and made enough of an impression to warrant an offer from the Rams. Because CSU currently only has two open scholarships for next year, Van Ry and Bain will spend next season at prep school improving their games and bulking up to be ready for the 2015 season.

With his second recruiting cycle as head coach of the Rams complete, Eustachy is excited about the next few years of Colorado State basketball.

“With having those three guys sitting out this year we’re definitely rebuilding, but I like the future of this program,” Eustachy said.

Basketball Reporter Keegan Pope can be reached at sports@collegian.com or on Twitter @kpopecollegian.