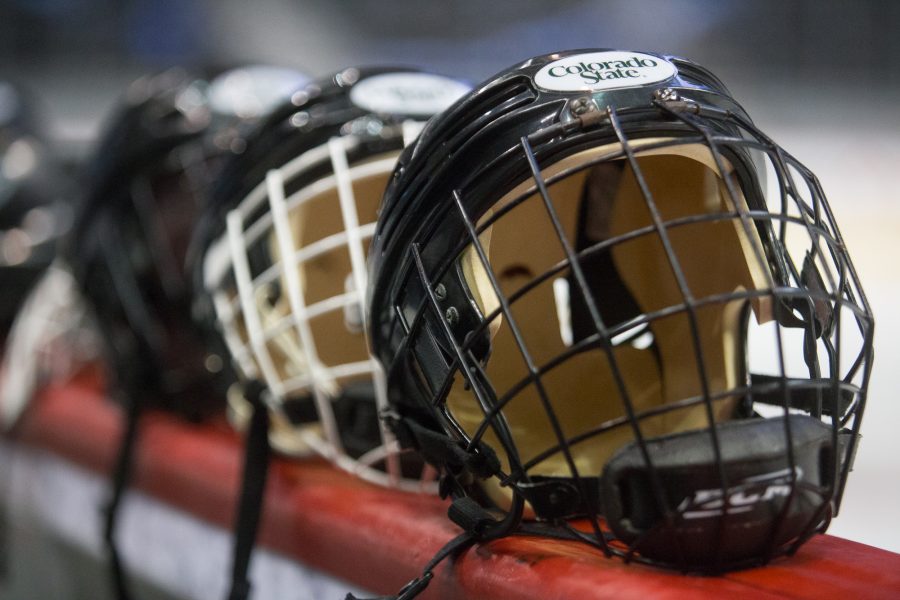 When it comes to competing against a rival, players are anticipated to bring out the best level of play possible.

Friday night is scheduled to not only a rival match between two competitive Colorado teams, Friday is another chance for the Rams to collect a win in the conference. Despite the success CSU hockey had last season against CU-Boulder, when the Rams stepped onto the ice at the Pepsi Center it was not expected for it to go into over time.

“I thought we played down to their level,” head coach Kelly Newton said. “We could not play to our strengths, we played down three notches and they came up two or three which made the game a lot closer than it really should have been.”

While CSU scored the first goal against CU, the team fans watched was not the same Rams team it is used to seeing. A struggle this team has had from game one is to play all 60 minutes and capitalize on key scoring opportunities.

“We just need to instill in their heads to play hard every shift and If someone decides they don’t want to participate in that specific game plan then there will be 18 other guys ready to take their spot on the ice,” Newton said.

On Thursday nights practice, both coach and players acknowledged that practicing both shots on net and the power play will only benefit the team in the next game. Though the saying, ‘Practice makes perfect,’ Newton does not believe this team is able to call themselves perfect.

“There’s another saying that perfect practice makes perfect,” Newton said. “When we run drills and theres guys not making any effort to be creative off the rush, that has summed up some of our games up to this point.”

The mentality CSU has headed into the second CU match-up of the season is; play all 60 minutes, take advantage of scoring opportunities and do not play down to CU’s level. Keeping in mind the Rams have yet to hit the halfway point in the season, CSU is taking every practice to make sure they do hit perfect later on in the season.

“We have beaten them the last five or six times in a row that we have played them,” assistant captain Jordan Gnatwoski said. “We don’t want guys getting big heads, we can not take tomorrows game lightly. We know how to play hockey and its our job to come out on top.”

The CSU hockey team is compiled with 15 freshmen, but the experience it has as a whole support the goals it laid out in week on. Finish in the top four of the conference and win games.

From the looks of its last weekend and motivation headed into CU, the Rams are being to accomplish that goal.

Since the Pepsi Center game, the Rams have found themselves struggling in Minot to get a puck in the net while last weekend CSU remained in control of Arizona as it won two out of three games on the weekend.

Then No.18, the Rams have increased its national rank to No.14 as its continues to climb. CSU knew the beginning of the season was going to be a challenge to win but the hard work has seemed to pay off for them.

“It proves that hard works pays off,” Gnatowski said. “For a first year team, that is not bad. Its so tight, I think we found where we are going to be for the rest of the year it is just our job to maintain that.”

Hockey Beat Reporter Haleigh Hamblin can be reached at sports@collegian.com