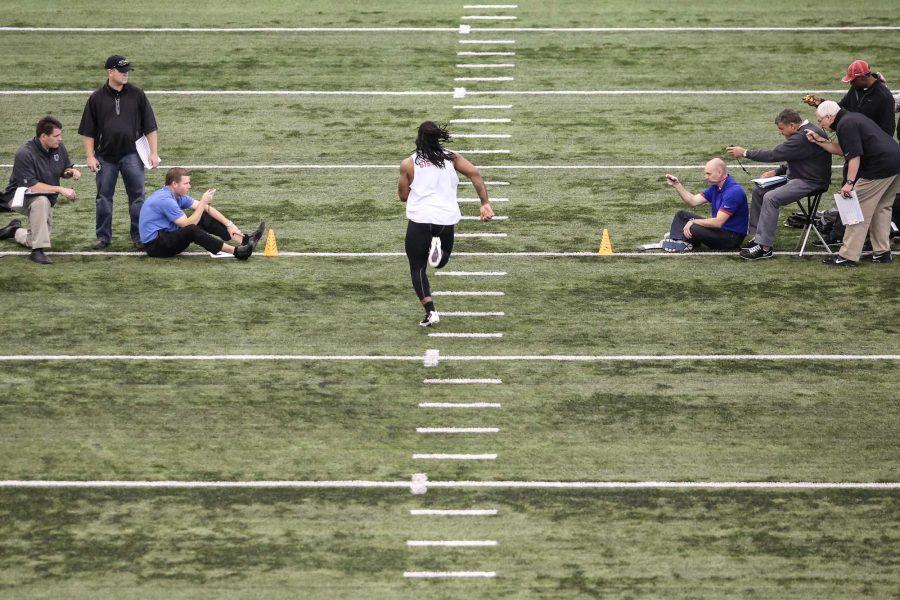 A football program is nothing without a good recruitment process. CSU coach Jim McElwain and his team of coaches understand this, which is why the Rams’ week off was not at all relaxing.

McElwain had the team virtually to himself this week, sending his assistants jetting around the country to sniff out prospects. Some coaches had less of a journey to make than others, charged with visiting the top high schools in Colorado.

In years past, before McElwain took charge, CSU did not place much of an emphasis on looking for players in its home state. But McElwain understands the importance of creaming the crop of Colorado before searching elsewhere.

“First and foremost is the state of Colorado. We’ve been through this state, to every single high school at least three times,” McElwain said. “It’s really important for us to get that handled first, and not just seniors, but juniors and sophomores, so we get ahead of the curve and get them identified.”

Though the CHSAA football rankings have been tumultuous this season, the top-five high schools in Colorado are Valor Christian, Chatfield, Fairview, ThunderRidge and Cherokee Trail. As per recruitment rules, neither McElwain nor his staff can directly discuss specific high schools or recruits, but Valor is likely the top priority.

Since it’s inception in 2007, Valor has emerged as the team to beat in Colorado. Beginning as a 3A program, they have since moved up to 5A, thanks to consecutive state championships.

Valor’s Christian McCaffrey, the star running back who committed to Stanford, is the top recruit out of Colorado in 2014.

Aside from Colorado, McElwain says his staff won’t discriminate on location. However, they will make a special effort to make it out to California and Texas; known for their football powerhouses. Eight of the top-25 high school football programs belong to the two states.

“There are Rams everywhere,” McElwain says. “From a resource stand point, being able to get to California or Texas, where there’s obviously people gets you more bang for your buck.”

While the coaches were hard at work deciphering talent, McElwain had strict orders for his current players on their weekend off.

“I expect them to take care of their bodies, stay off their feet, watch a little ball,” he said. “Relax, let their minds escape a little bit. The really heavy grind starts this weekend with conference season, so we have to get our bodies as fresh as we can.”

Junior WR Charles Lovett, who has yet to play a game this season, is hopeful to return for Saturday’s game against San Jose State.

Freshman WR Jordon Vaden, who has been nursing an ankle sprain should see action on Saturday after taking a couple of weeks off to rehab.

On Tuesday, senior running back Chris Nwoke was named a semi-finalist for the National Football Foundation’s 2013 William V. Campbell Trophy, given to players who excel on the field as well as the classroom. Nwoke is one of four nominees from the Mountain West.

Junior tight end Kivon Cartwright was named the John Mackey tight end of the week after his two-touchdown game against UTEP.

Senior linebacker Shaquil Barrett, who has been making waves this season, earned the Bronko Nagurski National Defensive Player of the Week award for his stellar performance on defense against UTEP.