Live coverage of the CSU vs. San Jose State game 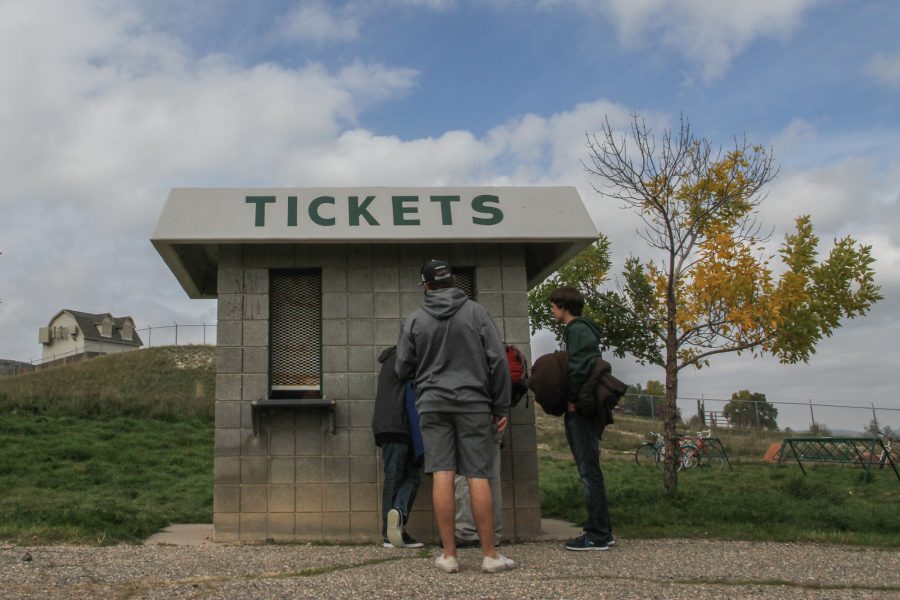 Eleven years can make a world of difference. CSU alumni Brian Brooks otherwise known as “The Ram Man,” has noticed that difference with home-game attendance at Ram football games.

Surrounded by his family and friends, Brooks sports his tailgate uniform: a green and gold face, crowned by Ram horns, striped knee-socks and a metallic green cape. Over the course of a decade, he has made it a tradition to support his Alma Mater.

“I’ve been coming to games for eleven years,” he says. “I think I’ve missed less than ten games in that time.”

Brooks recognizes that there are ups and downs in team performances, but seeing the parking lot half-full at home games makes him nostalgic for that days when he was a student.

“Ten, eleven years ago, if you didn’t get here three hours early you were parking out in the boonies,” he said.

Brooks thinks that the consistently low winning percentage coupled with weather conditions are contributing to the slim fan turnout.

Still, with the Rams on a five-game home winning streak, along with it being the homecoming game, he expects the biggest turnout of the season today.

Even if the attendance doesn’t break records, it is bringing long-dormant fans out of the woodwork. Senior HDFS major, Crosby Moresco made it out to Hughes to watch the Rams for the first time ever.

“I just wasn’t really inclined to come before,” he said. “But being a senior, I figured I’d better come out to one, and the energy seems to be more vibrant for this game.”

Freshman Cody Brown, who hasn’t missed a game, predicts the vibrant atmosphere will produce a big crowd, despite the chill in the air.

“There’s more people here than last time,” he said. “But I was surprised, I expected more students to be there, attendance doesn’t seem too good.”

As a freshman without a car, Brown understands the difficulty in making the trek to Hughes. He is able to catch rides with friends, but for students without that privilege, he says that the on-campus stadium would be a perfect solution.

Sophomore Ram Ruckus member Katie Lebarron supports Brown’s opinion. She has been to every home game and has noticed the minimal number of students.

“I think we need to work on better transportation for freshman on campus, and keep marketing it. I would be a lot easier to get people to come if the stadium was on-campus.”

From eleven-year veterans to rookie-senior Rams, the homecoming game does a good job attracting students. With half an hour until kickoff, the parking lot is nearly full, for the first time all season.

Still, Athletic Director Jack Graham and President Tony Frank are on the right track with the movement on the new stadium to bring more fans. That and Jim McElwain’s promise to win more games.

“Winning is the big thing,” Brooks said. “If you win games, people will show up.”

If the below slideshow does not appear, please refresh your page.