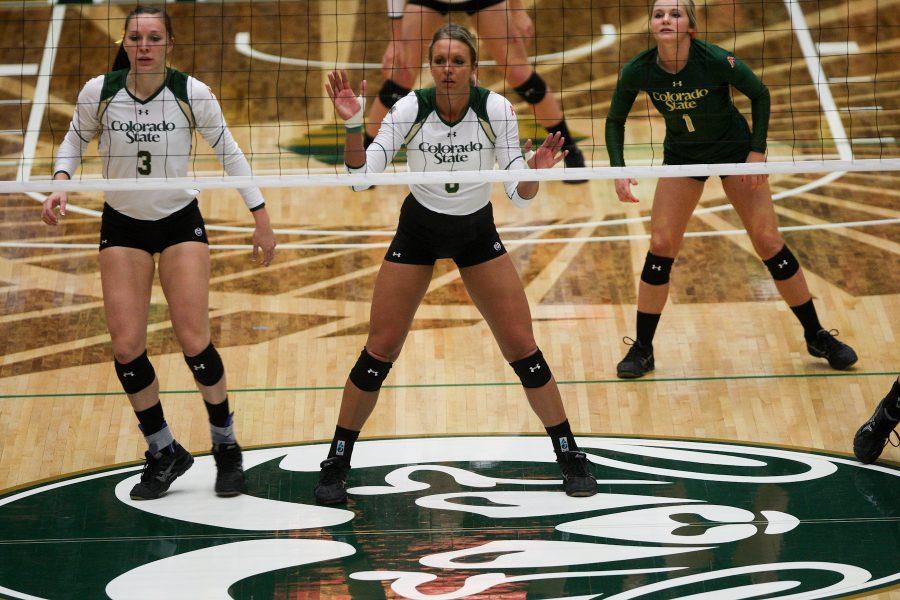 Rams win over Boise State 3-0 at Moby this Saturday. The Rams continue to extend their winning streak with a 15-0.

The question was raised whether or not Colorado State volleyball would be able to withstand an undefeated record on the road UNLV and San Diego State. With one game down, the Rams moved to 16-0 after a come back victory down 9-11 against the Rebels on Thursday night.

Second in the Mountain West, UNLV (10-7,5-2MW) took  the No.12 Rams within points of losing its first game of the season. CSU  has proved this season to be able to come back in the red zone, tonight was no different.

“It was really a team effort on all our parts,” Samantha Peters said. “It was definitely a tough match, in the end we found a way to win.”

Thursday night’s game was a competitive match on both sides of the net. The Rams would move ahead to lead the Rebels, though points did not remain unanswered. Down in the final set, head coach Tom Hilbert called his team together for one final push. After losing the initial 2-0 set lead.

“I said ‘look, we’ve got to get this side out and then we will get the win,’” Hilbert said.

UNLV proved to be conference competition at its finest. A nail-biting finish for the Rams came from the season long support of the defense and the ability to make key plays in the right situation.

Peters was pivatol for the Rams. She collected 11 blocks, five digs and 14 kills on the night, hitting  .429  on the night. Though the game came down to a matter of which team could force the side out and run on the momentum. Competitive outside hitter Sekola Falemaka controlled the outside on the attack for the Rebels offense. In five sets, she had 20 kills, nine digs and two blocks. Her arm along with Katlin Winters caused thoughts of an undefeated season to end for CSU.

There is no time to rethink Thursday’s match agaisnt UNLV other than to take the win and move on. The Rams need to move focus as it will be tested within the next 48 hours against San Diego State.

This is the first final push of MW competition expected to challenge the undefeated Rams. The game is scheduled to start at 8pm MT on Saturday.

“We gotta be ready for another tough road match,” Hilbert said. “I am just happy to get out of there with a win.”