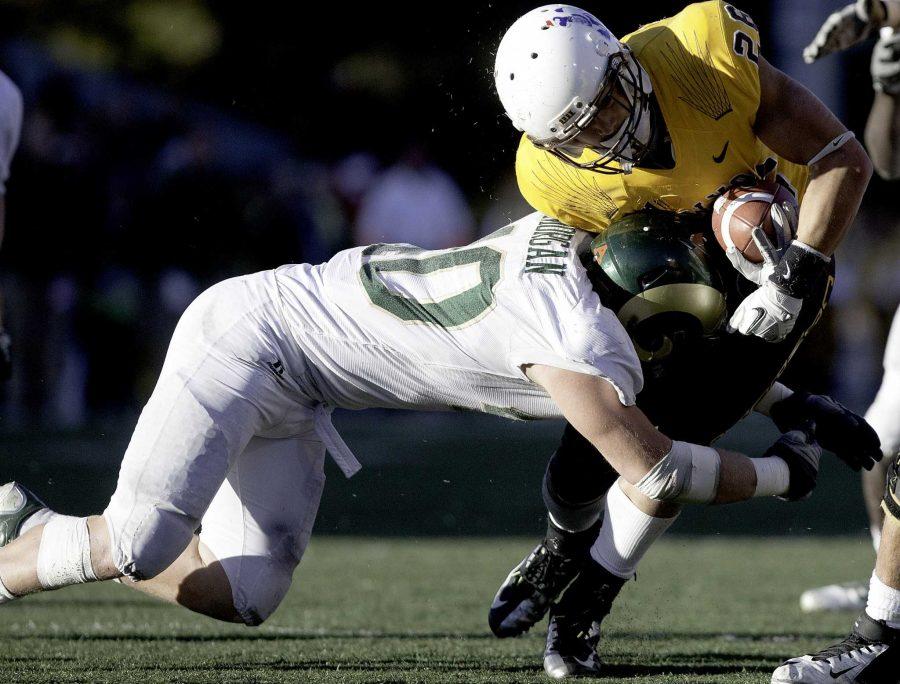 The University of Hawaii football team knows how to make a comeback, but it proved to be irrelevant Saturday.

After allowing Colorado State to build an 18-point lead in the first half, the Rainbow Warriors nearly came back to win. The Rams narrowly held on at the very end, taking the game 35-28, but were unable to score during the second half.

“Their defense shut us down; they fought to the bitter end,” head coach Jim McElwain said. “They’re a last possession team.”

Hawaii has yet to win a game this season, but McElwain made sure his team was prepared for the second-half surge its coach Norm Chow has become known for. Since the Rams have notoriously struggled in the second half, and particularly the third quarter, McElwain was proud of his team’s resiliency.

“We can’t put ourselves in situations where we have to make something miraculous happen in the end,” Chow said. “We have to stop doing that.”

The effort would have meant overcoming five touchdowns scored by the Rams’ offense in the first half.

Max Morgan recorded his first career touchdown Saturday, recovering a Hawaii fumble and darting 73 yards down the field to the end zone. Morgan experienced a bit of deja vu from his 2012 fumble return at Hughes Stadium.

“I got caught from behind last year against these guys,” Morgan said. “I was determined to not let that happen again.”

Morgan is the only Ram with a fumble return this season, and it was the third-longest in CSU history. But Morgan made a large defensive contribution as well, leading the team with a career-high 15 tackles.

CSU seems to have two separate defensive teams; the one that showed up against Alabama and Wyoming, and the one who allowed SJSU to post 600+ yards. Hawaii saw more of the former.

The defense picked up four sacks, two from Cory James and two interceptions from Kevin Pierre-Louis and DeAndre Elliot.

“It was a heck of a win tonight for the team. In the past, we may not have been able to withstand their comeback but tonight we did,” McElwain said. “At the end of the day, it’s about getting the win.”

Saturday marked the first back-to-back victory for the Rams under McElwain. It was the first time since 2002 a CSU team has taken two consecutive wins on the road. With four wins, they have exceeded the win totals of from 2010, 2011 and matched last year’s column with five games remaining on the schedule.

“That’s a well-coached team, they’ve got NFL guys on their staff,” Chow said of CSU. “They’ll come back and get you, and they got us tonight.”

Football Beat Reporter Cali Rastrelli can be reached at sports@collegian.com and on Twitter @c_rasta5.