Because we said so: Predictions for the CSU-Hawaii game 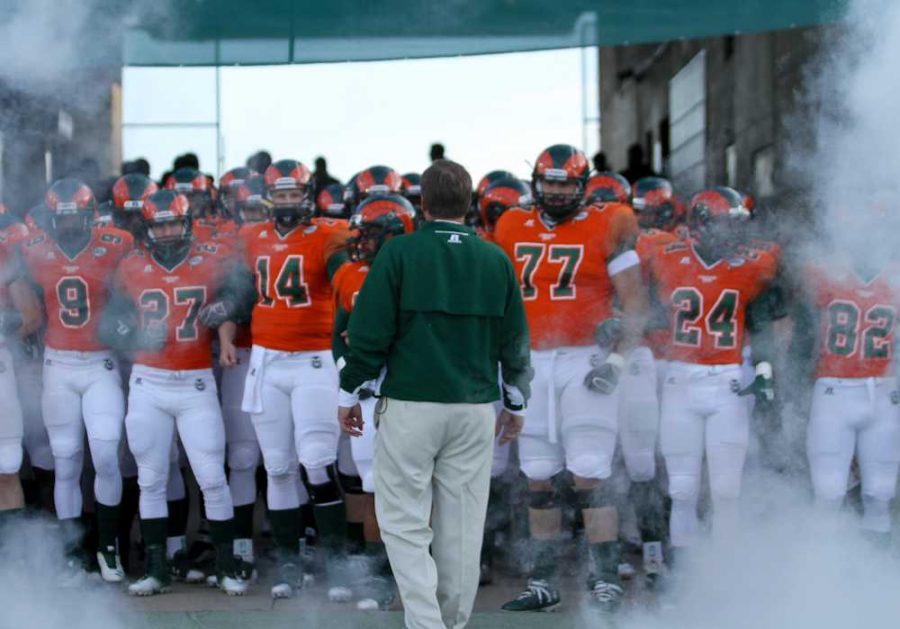 Five Reasons Why CSU is Going to Win:

1. [CR] Kapri Bibbs. The sophomore running back has been consistently putting on a show against opposing defenses. He has rushed for 646 yards across 94 carries this season, and delivered nine of those to the house. He is still proving himself, so look to him for another strong performance.

2. [CR] The linebackers. Hawaii’s offensive line is allowing a conference-high 4.2 sacks per game. Linebacker Shaquil Barrett has been pancaking quarterbacks all season, so he will want to capitalize on the Warrior’s weaknesses. Barrett’s fellow linebackers, Max Morgan and Aaron Davis will be looking to add-on to their team-leading tackle list — heads up Schroeder.

3. [CR] Turnovers. The Hawaiian Warriors have a -6 turnover margin, a number that won’t be missed on Coach McElwain. He has ingrained it into his team to take what they can get – so look for players like Trent Matthews to snag an interception, or the ever-reliable Barrett to strip the ball.

4. [KO] In their win against Wyoming, the Rams finally put on a complete show as all three phases– offense, defense and special teams– performed well. Look for the Rams to ride that momentum and confidence into Hawaii.

5. [KO] The Rainbow Warriors parted ways with offensive coordinator Aaron Price a month before the start of the season for unspecified reasons. Head coach Norm Chow took over offensive play calling, but it seems the Rainbow Warriors have yet to develop a rhythm, especially at quarterback where they have already played three at the position this season.

Five Reasons Why UH is Going to Win:

1. [CR] Surprise element. Hawaii has three absolutely potential quarterback options. Most of us are expecting senior Sean Schroeder to take the first snap, but junior Graham Taylor has played in three games, and the freshman Ikaika Woolsey is a viable option as well, with two games under his belt. Who knows who will jog out of the tunnel as the starter, it’s like August in Fort Collins all over again.

2. [CR] Home-island advantage. Though Mac swears up and down that the 7 hour plane flight isn’t going to affect his team, the reality is none of the Rams have played on Honolulu island before. It will be extra difficult to force the team to focus up on the game ahead when there’s tanned women in hula skirts parading amongst vibrant flowers as the sun sets over the beach. Good luck Rams.

3.[KO] The Warriors are on the verge of getting their first win after two close games—against Fresno State and UNLV— and a bye week to prepare for the Rams.

4.[KO]The Rams feel confident in their preparation for Hawaii, but not knowing exactly which quarterback will be starting for the Warriors could throw some confusion into the game plan.

5.[KO]With a seven hour trip to Hawaii and an arrival planned for Friday, exhaustion could hit the Rams early.

Football Beat Reporters Cali Rastrelli and Katie O’Keefe can be reached at sports@collegian.com.