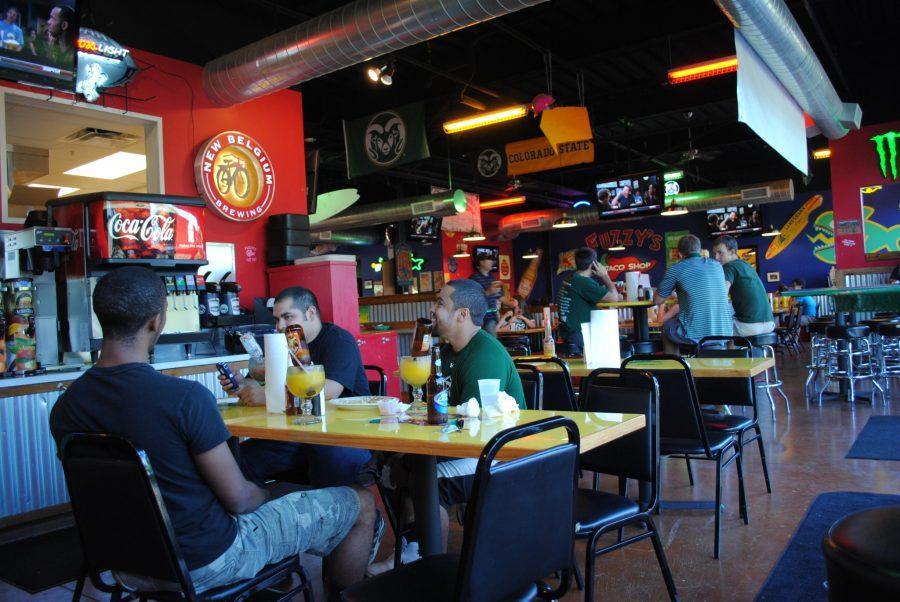 The Rams’ expected loss wasn’t too heartbreaking for Jake Wakefield, a 2007 CSU graduate, but the experience of watching it was worthwhile.

According to Wakefield, CSU’s defense was the best part of the game against Alabama.

“I think they can walk off the field feeling really good,” Wakefield said.

Adam Johnson, a 2010 CSU graduate, commended the defense for its work and noted that the offense’s mistakes made them less of a standout in the game. He noted that the forced fumble and punt block during the game really had an effect on the Rams.

“The offense could have had it except for those few things that just got to their heads,” Johnson said.

“If those two things hadn’t happened, offense would have been a lot better.”

However, Johnson said that the Rams showed great improvement in the game, and he expects them to continue to get better.

Wakefield thought the experience of playing a huge team like Alabama was a good experience for the Rams, despite the loss.

“Watching us play really big teams helps us get our name out there,” Wakefield said. “We’re not just some random little school.”

Andy James has more than an affinity for Rams football at stake in CSU’s game against Alabama. He’s placed a bet that CSU will win the game, but keeps a realistic perspective.

“I want to believe since I like to root for the underdogs, but at the same time we can yell at the TV as much as we want,” James said.

CSU continues to impress Ram fans going into the fourth quarter, and although James only characterized their performance as “OK,” he was impressed that CSU managed to get some points on the board.

“To actually have these guys turning over when the half came and they were 17 down, to actually have them come back and kind of pull whatever they’re pulling right now as we sit here in the third quarter is refreshing and hopeful to see,” James said. “So you can only hope they can capitalize on that.”

Avondine Hill, a junior international studies major, never expected CSU to be in contention in the third quarter, especially after the Rams’ performance against Boulder in the Rocky Mountain Showdown.

“To even be within 14 of the number one in the country, that says something,” Hill said.

“If they end up within seven of Alabama, it’s a win for Colorado State and a lose for Alabama.”

James said the fact that the Rams have been able to make Alabama sweat during the game has been a good sign. He considers the Rams to have accomplished a “par for the course” for holding out this long and putting points on the board.

“Against a team like Alabama, they’ve kind of secured themselves against a blowout so we’re good,” James said.

Alabama is leading CSU 17-0 at half time, but that’s not a deterrent to Ram fan Keith Jones, a senior business major.

“I thought it was gonna be 42 nothing at halftime,” Jones said.

Jones thought CSU’s defense wasn’t playing too poorly and that the offense was making some good plays. Although he thinks the Rams are holding their own, Jones said he thinks the the Alabama team is looking past the game with CSU to the future.

“I think they’re (Alabama) playing down to our level a little bit,” Jones said.

Senior business major Justin Jones-Frazier thinks that Alabama’s win last week against Texas A & M had an effect on the effort put into the game against CSU.

“I think if they had lost to Texas A&M last week, they would have put a whipping on Colorado State this week,” Jones-Frazier said.

Although he doesn’t think CSU has a chance to win, Jones-Frazier thinks the Rams are working to step up their game.

“I think they’re trying to play to a high level, but it’s Alabama so they’ll have to play the best game they’ve ever played in their life to win,” Jones-Frazier said. “Alabama’s playing kinda slow, too. They’re not typical, they’re not playing like Alabama.”

Clad in green and gold football jerseys and beaded necklaces, Karli Hansen shouts for CSU to not let Alabama score.

Hansen, a senior English major, came to Fuzzy’s with friends to experience the Alabama game in an atmosphere with fellow CSU fans. She and her friends often gather together to watch CSU games.

Hansen was impressed by the Rams’ holding their own until the end of the first quarter. She thought the Rams were doing decently well in comparison to expectations for the game.

“I was honestly expecting to just be like ‘oh they (Alabama) come in and score a touchdown,” Hansen said.

Although the Rams are down 14 points, what matters to senior biology major Jenna Koslosky isn’t the score.

For some, Fuzzy’s Taco Shop off Elizabeth Street is the place to watch a CSU football game.  That’s especially true for three friends who gathered with green-and-gold-themed drinks to watch the game against Alabama.

Although he wasn’t hopeful for a win, Dan McCrudden, a senior finance major, said that watching the game was still worthwhile.

“We’re still pretty excited to watch CSU play number one. It’s good for the CSU football program to have this experience,” McCrudden said.

McCrudden said he’d be happy if Alabama scored less than 50 points. His friend Mike Norris, a senior health and exercise science major, put some faith in the Rams and predicted a final score of 42-10.