If life gives you lemons, intercept a legend 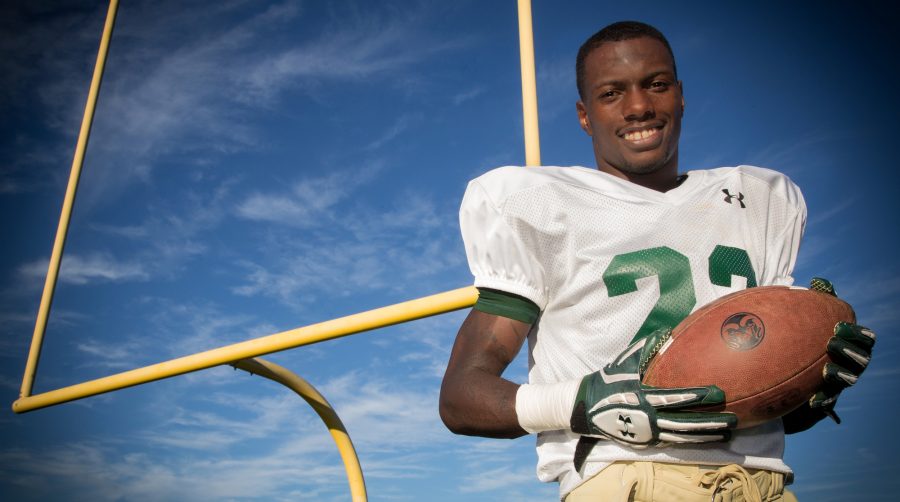 Bernard Blake’s grandmother gave him lemons. It was up to him to put in the work to make a cold glass of lemonade, or a Division I football scholarship.

“She would tell me I couldn’t play football, that I sucked at basketball,” Blake said, flashing his megawatt smile. “I always laughed about it, but it really got me. She really thinks I’m not athletic.”

A basketball player, track star and four-year football letter-winner in high school, Blake was obviously athletic. But his grandmother, and the other leading lady in his life, knew he needed criticism to thrive.

“As his mom, I don’t think he’s that good,” Blake’s mother Charlotte Garrett said. “He’ll tell you I’m his harshest critic. You can improve on everything you do.”

And Blake has done nothing but improve since his freshman year of high school. He was initially placed on the freshman B-team, where he developed a sketchy practice attendance record.

“One of the reasons I put him on the B-team was so he would learn to carry the team on his back,” Blake’s high school coach, Cyril Adkins said. “He proved that if you work hard, you can accomplish your goals; I knew he would be in the big leagues one day.”

Blake credits Adkins for much of his growth throughout high school, describing himself as a kid with a bad attitude who transformed into one of the best football recruits out of Texas.

“Coach Adkins sat me down and asked me if I had dreams of playing D-1 football, any kid growing up liking football wants to play D-1,” Blake said. “He told me I had the potential if I just applied myself, and over the years it built up to this. It’s a huge blessing to be here.”

Watching Blake clown around with reporters and teammates after practice, he does not look like the guy with a Cinderella story. But he has overcome more obstacles in his time at CSU than some people face in a lifetime.

“I just can’t tell you how far Bernard has come, not just as a player but as a person,” CSU head coach Jim McElwain said. “Controlling all of the personal things he has going on in his life isn’t easy. He has put all that aside and really competed. When you see him out there, he’s like another guy.”

If you ask Blake, it’s his mother that gives him the strength to excel at what he does. She’s the first to give him tough-love advice, but then, she’s the first he would ask for it from.

“My mom is my rock, she’s my best friend,” Blake says. “When my grandmother died, she was all I had, I don’t know what I would do without her.”

Blake’s devotion to his mother is just a facet of his high-caliber person. He has made an impressive list of accomplishments over the course of his life: becoming an A-student, starting on a Division I team and intercepting Alabama quarterback AJ McCarron. But something else impressed his mother more.

“I am the most proud of the person he has grown up to be, he is a well-rounded young man,” she said. “He has always been there for me. He’s a people person, like my mom.”

Talking about his grandmother, Blake specifically remembered her handing out her sweet lemonade to anyone who needed refreshment from the Texas heat.

“Everybody loved her, there was not one person that hated my grandmother,” he said. “Seeing how she acted towards people, I wanted that to be me.”

Blake was given lemons, but if you ask those who have come into contact with him, they would tell you that he knows how to make a pitcher of sweet-tasting lemonade.